According to consultancy Pitchbook, only 11% of partners of venture capital firms in the US are women. 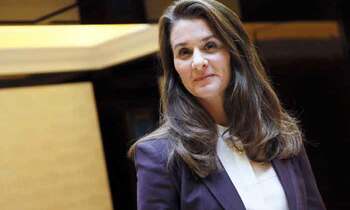 US - Aspect Ventures, a venture capital fund set up by women, said it has won the backing of Melinda Gates, the wife of Microsoft founder and billionaire philanthropist, Bill Gates.

Aspect Ventures - set up in 2014 by venture capitalists Theresia Gouw and Jennifer Fonstad - said late Tuesday that Gates was one of "several high-profile supporters" backing a new $181-million fund investing in early-stage startups.

It did not specify exactly how much Gates had invested.

But the company said in a statement that its new fund was looking "to build on investments such as ForeScout, a security company that went public in October, as well as early bets on companies such as networking startup Cato Networks, design marketplace Crew, security intelligence shop Exabeam and careers site The Muse."

The venture capital sector is still largely dominated by men.

According to consultancy Pitchbook, only 11% of partners of venture capital firms in the US are women.

And only 2.2% of cash into startups in the US last year went to companies created solely by women, Pitchbook said.

Aspect Ventures, which now has five men on its investment team, said that among its startups, "40% include a female cofounder, above the industry average, while half include an immigrant or first-generation citizen and about 30% a co-founder from a racial minority."

"We have seen that teams that are more diverse in tech have outperformed," co-founder Gouw said.