Several protesters were also reported to have been detained at the demonstration. 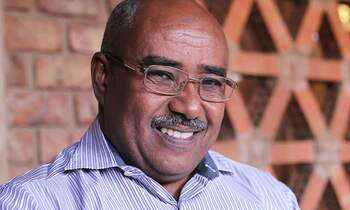 Idris Ali, a 51-year-old who has worked for AFP in Khartoum for nearly a decade, was covering the protests on Wednesday in the Sudanese capital's twin city of Omdurman, where riot police broke up a demonstration of about 200 protesters against rising food prices.

He had been arrested along with a journalist from international news agency Reuters and a third colleague.

"I am free and so are the other journalists," Idris Ali said minutes after his release.

"I am at home now with my family. During our detention, we were treated well," he said, adding that they were held at a detention centre in Khartoum.

Several protesters were also reported to have been detained at the demonstration.

Sporadic protests erupted across Sudan earlier this month after prices of food, notably bread, soared following a jump in the cost of flour due to a shortage of wheat.

Most of the other journalists were released within hours after they were detained, according to RSF.

Three more - Rishan Oshi, Imtinan al-Radi and Magdi al-Agab - were released on Sunday, one of them told AFP.

Authorities said Idris Ali would be released within hours after he was detained on Wednesday.

During their detention, he and his colleagues were not allowed contact with their families or employers.

Authorities provided no explanation for their detention.

Global media rights groups as well as Washington had condemned the detentions.

"The (Sudanese) authorities have a duty to guarantee the safety of journalists rather than target them," RSF said in a statement on Friday.

Washington too had condemned the detentions, with State Department spokesperson Heather Nauert saying: "We condemn the harassment, arbitrary detention and attacks on journalists in Sudan who are doing their jobs and exercising their fundamental right to freedom of expression."

Sudan expressed its "regret" at these condemnations, insisting that the country enjoyed freedom of press.