According to the match report, Gitta and Sadala insulted, abused and attacked match officials. 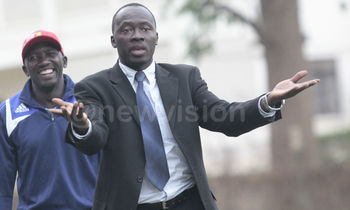 Masavu football club coach Alex Gitta and one of his players Ddumba Sadala have been given a four match ban by the FUFA competitions disciplinary panel for attacking match officials.

According to the match report, Gitta and Sadala insulted, abused and attacked match officials during and after the match against Mbarara City FC.

"Alex Gitta has been found guilty of unsporting conduct towards match officials. Pursuant to article 30.18(i) of the FUFA competitions rules 2017/18, Gitta Alex has been slapped with a four match touchline ban in the Azam Uganda Premier League. He is further barred from accessing the dressing room during his team's matches during the period of the said ban," the panel said in a press statement.

Masavu who lost the game 1-0 finished the first round of the Azam Uganda Premier League third from bottom with 14 points. The second round commences next month.