Brokenshire resigned on the same day the premier plans a wider reshuffle of her cabinet. 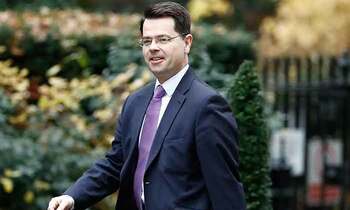 Britain's Northern Ireland secretary James Brokenshire resigned from his post on Monday due to ill-health, nearly a year to the day since the collapse of the once-troubled province's semi-autonomous government.

Brokenshire resigned in a letter to Prime Minister Theresa May saying he needed surgery, on the same day the premier plans a wider reshuffle of her cabinet.

"I have a small lesion in my right lung, which needs to be removed. Clearly, my long-term health and my family are my priorities and I intend to proceed with surgery at the earliest opportunity," he wrote.

Following the breakdown of talks, the province is on the brink of direct rule by civil servants in London who have already been managing its budget.

The prime minister backed Brokenshire's decision to step down at "an important moment for politics in Northern Ireland", thanking him for his efforts with a letter in which she urged the parties to re-establish the power-sharing government.

The administration collapsed in January last year after Sinn Fein pulled out over a scandal involving a renewable energy funding scheme.

The government was set up as a result of the 1998 Good Friday agreement, which brought to an end three decades of mostly sectarian conflict in Northern Ireland that claimed the lives of 3,500 people.

Talks are still stalled on two key demands from Sinn Fein, which backs the legalisation of same-sex marriage and legal protection for the Irish language.

Tensions have been raised further after the DUP struck a power deal with May's ruling conservatives after a general election in June, in which she lost her parliamentary majority.

Sinn Fein argues that the deal gives the DUP unfair influence over the British government policy in Northern Ireland, including over Brexit negotiations that will have major implications for Ireland's economy.