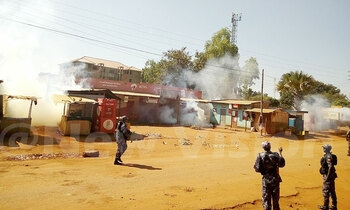 There was teargas at Gulu University this morning as students protested against the academic staff's decision to lay down their tools over unpaid dues.

The students camped at the main gate of the campus with branches of leaves and placards, demanding that they be given exams. Exams have been postponed because of the strike.

Some of the students blocked the road to Gulu University with electricity poles and stones. 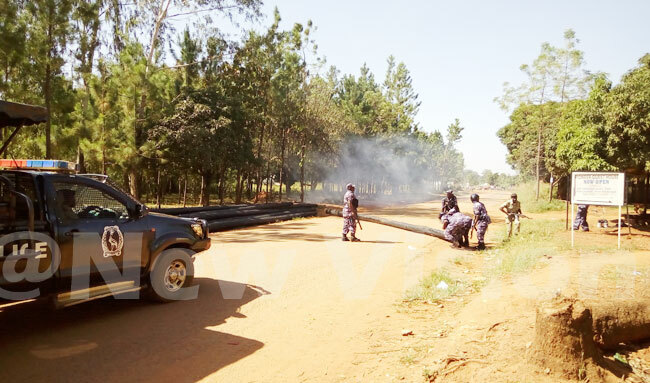 PIC: Police remove electric poles that were used by students to block the road leading to the university

Pastor Joseph Okidi, the guild president of the university, said the strike was hurting especially students from poor familes who struggle to pay fees.

The lecturers are demanding over sh700m, which they say should be cleared before they give examinations to students.

The Police fired teargas to disperse the angry students.