The council will discuss reports on several issues in the EAC. 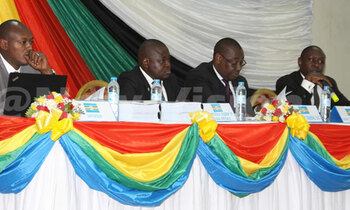 The 36th meeting of the East African Community Council of Ministers is underway in Kampala. The meeting that started yesterday will go on until December 2.

It is being held under the theme:  "Enhancing Socio - Economic Development for Deeper Integration of the Community".

The meeting is considering several matters geared towards deepening and widening the regional integration agenda that include the report on the implementation of previous decisions of the Council, report of the office of the secretary general, report on planning and infrastructure, and the report on productive and social sectors.

Other reports to be considered are the report on political matters, customs and trade, finance and administration and other EAC Organs i.e. East African Legislative Assembly and East African Court of Justice.

The Council of Ministers consists of the ministers responsible for East African Community/regional co-operation of each Partner State and such other ministers of the partner state as each partner State shall determine.

Among its functions, the council promotes, monitors and keeps under constant review the implementation of the programmes of the community and ensures the proper functioning of the regional organisation, according to statement issued by the EAC secretariat.