In China, there's currently a new draft law amendment that could see those who disrespect the National Anthem face a three-year jail sentence. 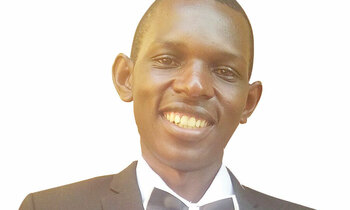 We all remember the September 26 fracas in Parliament, when the legislators opposed to the constitutional amendment No.2, 2017, took to singing the first stanza of the Uganda National Anthem. The Speaker called for order, but they refused and continued singing this stanza over and over again. Some accompanied it with dancing. This prompted the Speaker to adjourn the House to the next day.

Again on October 18, in Rukungiri, where former presidential candidate, Dr. Kizza Besigye, was scheduled to have a rally, there was a repeat of the singing of the first stanza by crowds around the stadium. It is more like the National Anthem is part of the armoury for those opposed to constitutional amendment and many believe it is ‘an act of patriotism'.

Anyway, whether lack of time or unlawful, what is clear is, only one stanza was sung and it is the only stanza that is popular among citizens. What a shame! Who is to blame?

During my primary and secondary school education, we used to sing the first stanza of the anthem during the weekly assembly and I think that is the reason why the first stanza is very popular among Ugandans. Never was I taught the three stanzas of the anthem and in any case, the only time to sing the three stanzas was at state functions which I and many others were not fortunate enough to attend. To make matters worse, the few times I have attended state functions in my 20s where it is mandatory to sing the three stanzas, we are massively helped by the Army band or Public Address System who play it out loud for those of us who cannot sing the other two stanzas. We either just follow by pretending to be singing or we silently sing the first stanza again and again, at times we even keep quite after all there's no crime we would have committed and no one will have noticed that we did not know the whole three stanzas. Our anthem should not be playing in Namboole during Uganda Cranes home matches but it is played to simply save the fans, players and all those in attendance from an international embarrassment!  Maybe the MCs should be announcing that ‘we shall be listening to the National Anthem' rather than ‘we shall be singing the National Anthem' as they always do.

Should the national anthem be played on public address systems? That is not for me to decide, otherwise it would be constitutional amendment No. 3 from me. Article 17 a(1) under duties of a citizen, it says; "To respect the national anthem, flag, coat of arms and currency." But can you respect something you do not understand?

In China, there's currently a new draft law amendment that could see those who disrespect the National Anthem face a three-year jail sentence. Since President Xi Jinping took power in 2012, he has stressed the incorporation of a patriotic spirit in every aspect of the country's education.

I was fortunate to go through the training conducted by the National Patriotism Corps for student leaders and headteachers of schools and tertiary institutions, among the things I am proud to have learnt during the training are the East African Anthem and Uganda National Anthem. I was forced to learn them because we could sing them every morning and evening for 14 days. We all do not have to go for such trainings to learn our anthem. A situation has to be created where one will be forced to learn the anthem, otherwise one will feel out of place or ashamed by simply not knowing the National Anthem. What if there was a question like; Write down the National Anthem of Uganda? Answered by pupils, students and even those writing interviews for public service. Our national anthem has been translated into 25 major languages. So, before we think of  promoting things like Buy Uganda Build Uganda ‘BUBU' policy, let us promote our beautiful anthem. George Wilberforce Kakoma needed just a day to write it, you see, it isn't so complex and that is why it is one of the shortest in the whole world.