Despite not picking three points, they managed to remain top of the hattrick group with 12 points. 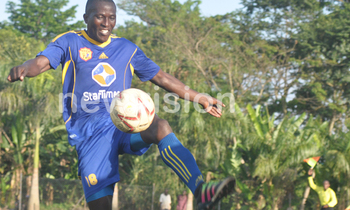 Mbarara City junior faced their first setback ever since the FUFA Junior U-18 League started when they settled to for a two all draw with Bright Stars away in Mityana.

Previously, they had won their last games before the game with Bright Stars.

Despite not picking three points, they managed to remain top of the hattrick group with 12 points. Nathaniel Atamba and Allan Ahimbisibwe were on target for Mbarara City while Shafic Kakande and Davis Ssekajja scored for Bright Stars.

The FUFA Junior league was designed to cater for players under 18 years and this was a requirement from all the 16 premier league sides if they were to be licensed for the new season.  The players in this league have a chance of playing for the junior and senior sides of particular team.

In the treble group, Police drew 2-2 with Kirinya Jinja SS at Kibuli.

Benson Muhindo notched a double for the Corps while Ashiraf Kawasi and Allan Kigundu each had a  goal for Kirinya. Onduparaka top the group with 12 points but were not in action.