His testimony is the first evidence directly linking the women to the poison VX which was used to kill Kim Jong-Nam as he waited at a crowded airport in the Malaysian capital Kuala Lumpur. 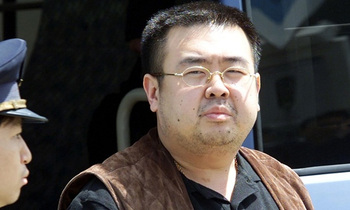 Traces of a nerve agent used to murder the half-brother of North Korea's leader were found on the clothes of two women on trial for assassinating him, a chemist testified Thursday.

His testimony is the first evidence directly linking the women to the poison VX which was used to kill Kim Jong-Nam as he waited at a crowded airport in the Malaysian capital Kuala Lumpur.

Indonesian Siti Aisyah and Vietnamese Doan Thi Huong are accused of smearing VX on Kim's face in February in a Cold War-style hit that stunned the world.

Kim died an agonising death within 20 minutes of being attacked with a chemical so deadly it is listed as a weapon of mass destruction.

The women, who were arrested a few days after the killing and face death by hanging if convicted, have pleaded not guilty to murdering the estranged half-brother of Kim Jong-Un as he waited to board a flight to Macau.

The defendants, both in their 20s, say they were duped into believing they were taking part in a prank for a reality TV show and their lawyers blame North Korean agents.

The murder sparked a fierce row between Malaysia and North Korea, which is suspected of ordering the hit. Pyongyang denies the allegation.

Giving evidence Thursday, government chemist Raja Subramaniam said that he found traces of VX on the clothes of Aisyah, 25, and Huong, 29.

"We found a degradation product of VX on a sleeveless shirt of Siti Aisyah," he told Shah Alam High Court, outside the capital Kuala Lumpur.

Subramaniam said he found pure VX, a degraded form of the poison and a base substance used to make the poison on a t-shirt that Huong wore at the time of the attack.

The t-shirt had "LOL", an acronym for "laughing out loud", emblazoned on it.

Traces of the poison were also found on clippings of Huong's fingernails, he said.

CCTV footage of the attack shows the women coming up behind Kim and swiping his face with a substance before running away, and a post-mortem report showed his death was caused by VX.

But experts have been confounded by how the women allegedly carried out the hit using the chemical without causing any harm to themselves.