Uganda's stand in the fight against rabies: The underreported disease

Worst of all, rabies is responsible for more human deaths than any other zoonosis. 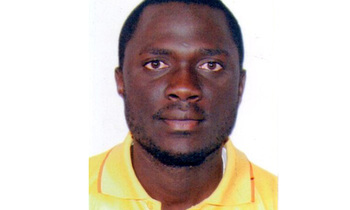 On September 28, 2017, the world will commemorate the rabies paradox. But where does Uganda stand as per the rabies control on the road to the elimination of the disease?

Known for its fatality, rabies is a viral disease that affects warm blooded animals including man. However, the disease is notably underreported presenting it as a neglected disease of low-income countries. Whereas dog rabies has been successfully eliminated in most developed countries through dog vaccination and targeted public and animal health interventions little has been done in Uganda.

Worst of all, rabies is responsible for more human deaths than any other zoonosis.

Recent studies estimate that about 730,000 home owned dogs in Uganda (74.3%) roam freely in rural communities where 89.8% of Uganda's human population is living. This sets a great danger. Economically, rabies imposes a substantial burden to about half of the world population killing an estimated 59,000 humans each year. Majority of deaths being in Sub-Saharan Africa. The economic burden is not only limited to deaths due to rabies but also direct costs of rabies post-exposure prophylaxis (PEP), which majority of Ugandans can struggle to afford.

What about the loss when it's the livestock attacked by the rabid dogs? What about the disability-adjusted life years due to dog bites? And the girl-child who misses out on school because she is has to take care of the mother bitten by a dog? Well, the loss could be greater.

The World Health Organization estimates that vaccinating 70% of the dog population for seven consecutive years would eliminate rabies. But why is it challenging to convince the authorities about the low cost of vaccinating than the high cost of post exposure prophylaxis treatment? Well, investment in dog vaccination is the single most effective way of reducing the disease burden.

Recent studies suggest that rabies cannot remain enzootic in areas for which the dog density is below 4 per km2. Therefore if the resources are inadequate (which could be the case for Uganda), attention should shift to the surrounding communities with higher dog populations through vaccination of the dogs. The logistics and lengthy lobbying bureaucracies involved are tiring but its worth as an investment.

In conclusion, we should all show gratitude to college of veterinary medicine animal resources and biosecurity (COVAB) Makerere University and NGOs; Uganda society for protection and care of animals (USPCA) and BigFix Uganda for the commendable work done during the free community dog rabies vaccinations. This path has to be followed and more has to be done to achieve the World Health Organization (WHO), World Organization for Animal Health (OIE), and the Food and Agriculture Organization (FAO) goal of elimination of human rabies deaths by 2030. Lastly, until successful vaccination strategies are drawn and implemented in Uganda, it is more likely that more than 26 million people will continue to live with the day-to-day risk of being bitten by a rabid dog.

The writer is a veterinary officer in Busia