Previously, Okwi scored four goals when his side thrashed Shooting Ruvu in their opening game of the season. 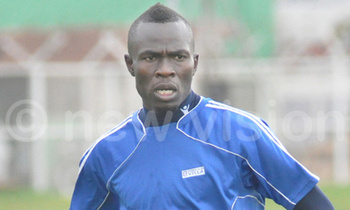 Uganda Cranes striker Emmanuel Okwi has had the past weeks as one of best in his playing career.

Just after scoring for the Cranes at home when theybeat Egypt 1-0 last month in the World Cup Qualifier, Okwi has still gone ahead with that impressive form.

He notched a double as his side Simba defeated Mwadui 3-0  in the Tanzania Premier League on Sunday. Okwi opened the lead as early as the 7th minute through long range short thus giving Simba 1-0 first half lead.

He doubled the lead a few minutes at the  start of the second-half before John Bocco made it 3-0 for Simba in the dying minutes of the team.

Previously, Okwi scored four goals when his side thrashed Shooting Ruvu in their opening game of the season.  Okwi  joined  Tanzanian side Simba after spending six months with SC Villa.