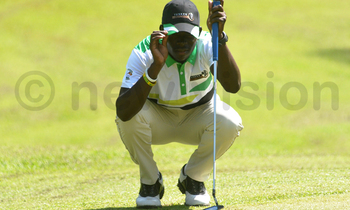 But it was a surprise lead for Otile who in his own words struggled with his game and was only praying for a  top-five finish on day one, only to find himself on top. 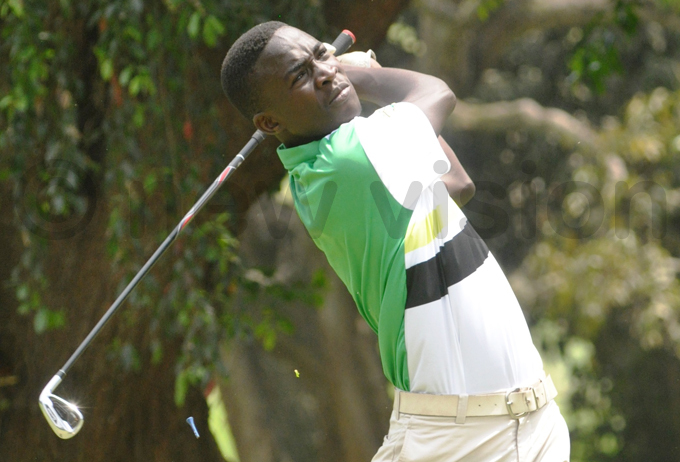 Uganda's David Kamulindwa is two strokes off the lead. Photo by Michael Nsubuga

He is two strokes ahead of the chasing pack that include five players who share joint second spot after returning 74 gross each. Toro Golf Club's Denis Asaba, David Kamulindwa, Richard Baguma as well as Jinja and Kampala's Ismail Muhamood and Asharvin Kananathan respectively are all tied, two strokes off the leader.

"I didn't really expect to lead because the field has a lot of good players from Kenya, Rwanda and Uganda, so when I struggled with my game I thought the rest were playing well, so I was expecting people to play under par and I was only counting myself among the top five," Otile said. 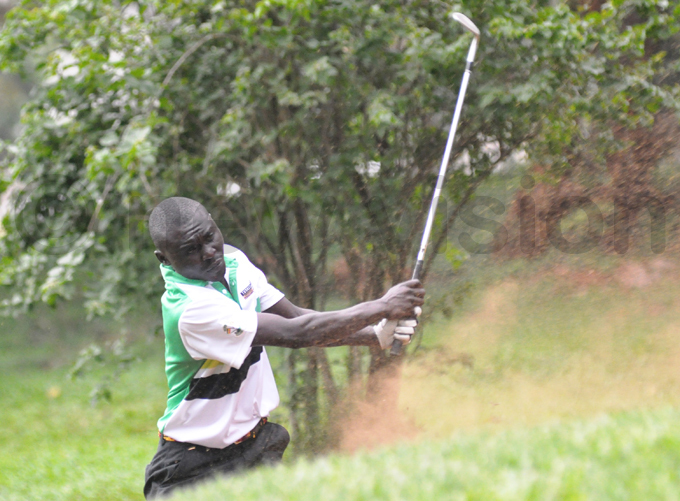 Richard Baguma is one of five players tied for 2nd place. Photo by Michael Nsubuga

"I started poorly and I was +2 after the first nine but I fought hard to level. The greens had morning dew and held many of my would be birdie shots. But I want to play under par starting starting tomorrow (Thursday); I want to make this open win the best ever and I hope to play better since I will play in the afternoon," Otile who is one of the best handicapped (+2) players in the tournament stated.

Another five golfers are tied in third place, three strokes off while another four including Uganda's Joseph Cwinyai, Collins Ajidra, Herman Mutebi and Kenya's Paul Muchangi are four strokes away after day one. 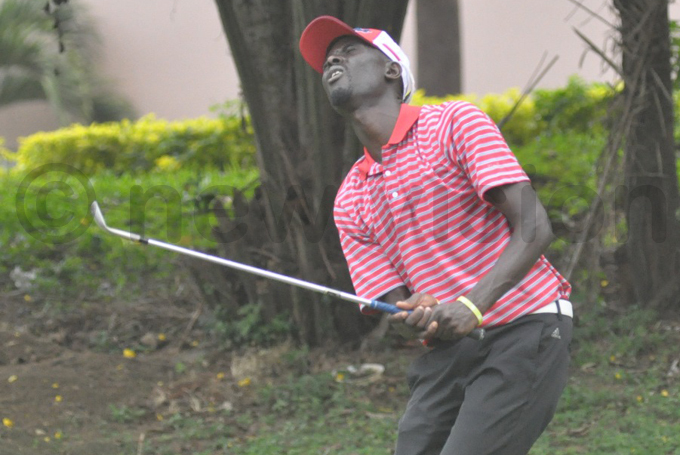 This promises to be one of the hotly contested opens as another five and seven golfers with 77 and 78 respectively also share joint fourth and fifth place respectively going into the second round.