Kenyatta hits out at judiciary over poll cancellation

"I think those robes they wear make them think that they are more clever than the rest of us Kenyans," says a furious Uhuru Kenyatta. 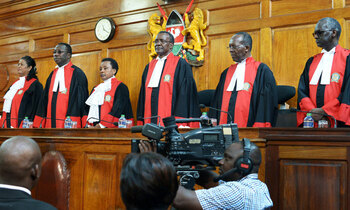 PIC: Judges stand to deliver their verdict at the Supreme Court in Nairobi on September 1, 2017. (AFP)

Kenyan President Uhuru Kenyatta on Saturday lashed out at the judiciary for overturning his re-election, and refused opposition demands to replace the tarnished polls commission.

While repeating his assertion that he respected the Supreme Court decision, a bellicose Kenyatta set the stage for a bitter and tense re-run of the presidential election which must take place before October 31. "Every time we do something a judge comes out and places an injunction. It can't go on like this... there is a problem and we must fix it," said Kenyatta.

"I think those robes they wear make them think that they are more clever than the rest of us Kenyans," Kenyatta said of the Supreme Court judges, taking specific aim at Maraga.

On Friday he slammed the judges as "crooks" -- after weeks of urging the opposition to turn to the courts and "use whatever legal mechanisms that have been created via our wonderful constitution to express their dissatisfaction." 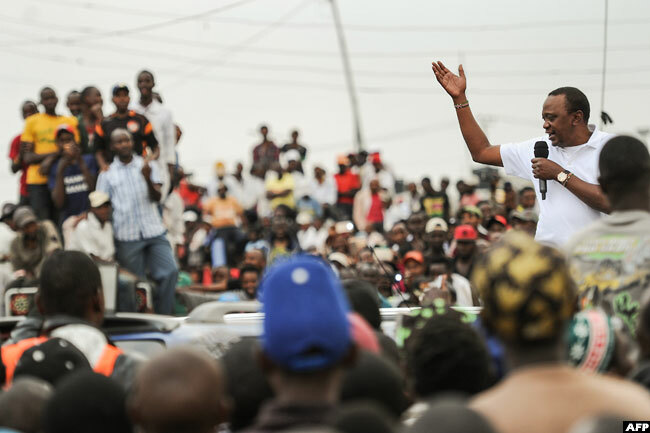 Meanwhile the fate of the electoral commission (IEBC) was shaping up as the next battle between Kenyatta and opposition leader Raila Odinga, heirs to a dynastic rivalry dating back to independence in 1963.

Maraga said the IEBC had failed to properly conduct the presidential election, and that there had been "irregularities and illegalities".

Odinga demanded the discredited commission be replaced, while IEBC chairman Wafula Chebukati said there would be some "internal changes" but refused to resign.

The previous commission -- tarnished by a corruption scandal and poor handling of 2013 polls -- was forced to stand down last October after widespread protests.

Kenyatta dismissed the option of a change at the IEBC, stating "we don't have time for any more reforms."

He accused Odinga of seeking to derail the election "to join the government through the back door" by forcing a coalition government.

"Let IEBC do their job, let them declare the date (of a new election) and Raila let us meet at the ballot." The election petition was keenly followed on local TV

It is the first time a presidential election result has been overturned in Africa. Similar court rulings have been seen in Austria, Haiti, Ukraine, Serbia and the Maldives.

Zimbabwe's opposition leader Morgan Tsvangirai on Saturday hailed the court decision in Kenya as a "step towards democracy".

"If it happened in Kenya it can as well happen in Zimbabwe," he said from a nation where Robert Mugabe has fought off challenges to his nearly 40-year rule.

"This is a first and I hope this decision inspires other jurisdictions charged with handling contentious elections in Africa," he said.

Kenya's press hailed the ruling as a hard-fought victory for the rule of law, and sign of a maturing democracy.

An editorial in the Nation newspaper said the ruling "signalled the end of the era of impunity that has painfully assailed this country for too long."

"Kenyans have struggled for decades to institutionalise the rule of law. We have fought, shed blood, lost lives and property in search of constitutional order," the paper said.

The press also raised prickly questions about the weeks to come.

"How (the IEBC) will conduct the next elections in the next 60 days is unimaginable," said the Nation.

The Standard said the IEBC must "clean up house".

"What Kenya needs most now is an election conducted in a legal, fair and transparent manner." 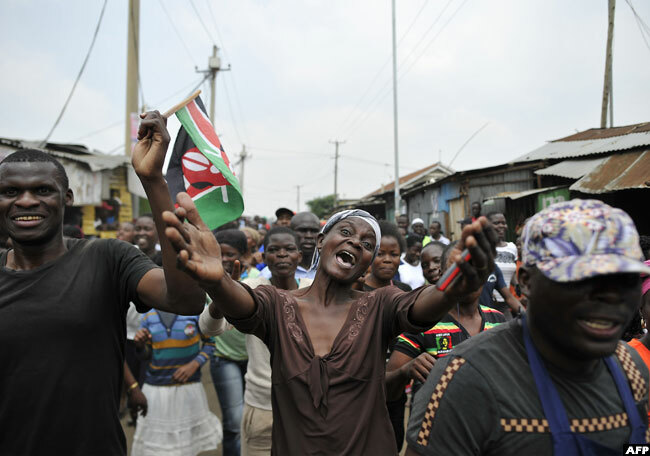 Toughest yet to come

The opposition National Super Alliance (NASA) cried foul after the August 8 poll over alleged hacking of the electronic system transmitting results from over 40,000 polling stations to the national tallying centre.

NASA argued that tallying forms meant to back up the electronic result were riddled with irregularities: unsigned, not stamped, illegible or lacking serial numbers or watermarks.

While Maraga cited "irregularities and illegalities", his full ruling has not yet been published.

Observers have warned that the new election could bring even more tension to a country where politics is largely divided along tribal lines.

"The outcome of the next election may be controversial again," said analyst Nic Cheeseman of the University of Birmingham.

The Nation newspaper warned that there was still a long road ahead: "This is not the end. The toughest journey, campaigns and elections, is yet to begin."