Arafat is the site where Muslims believe the Prophet Mohammed gave his last sermon about 14 centuries ago after leading his followers on the pilgrimage. 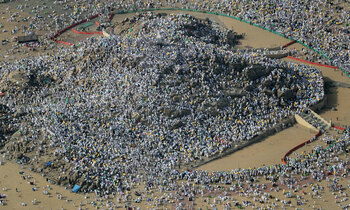 Some two million Muslims from around the world began gathering Thursday on Mount Arafat for the highlight of the hajj pilgrimage to Saudi Arabia dedicated to prayers and reflection.

Helicopters flew around the area as the faithful converged from dawn on the surrounding Mount Arafat plain and the hill known as Jabal al-Rahma -- or Mount of Mercy.

Dressed in white, the pilgrims could be seen climbing up the sides of the hill and taking up positions to pray on rocks already heated by the morning sun.

On the concrete pathways linking the plain to the hill, they invoked God as they walked with their palms facing the sky. 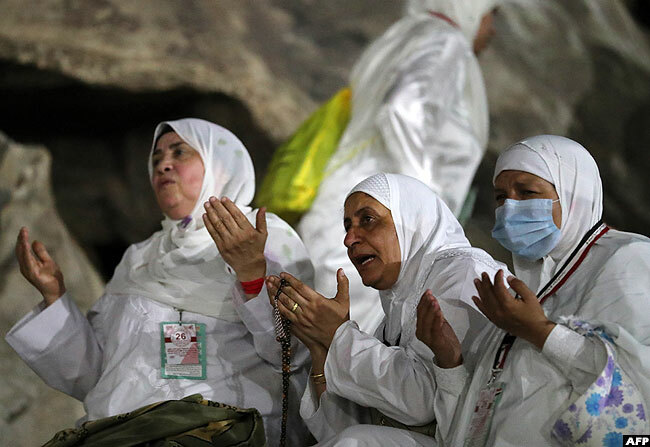 Others rested in makeshift tents or on sheets along the side of the road amid empty bottles and waste.

The second day of the hajj, a must for all able-bodied Muslims who can afford it, is dedicated to prayer and reflection.

Arafat is the site where Muslims believe the Prophet Mohammed gave his last sermon about 14 centuries ago after leading his followers on the pilgrimage.

"I went up last night and prayed, taking pictures and calling my family and friends," said Maia, 32-year-old from Jakarta.

It was still not even 10:00 am and temperatures were already over 30 degrees Celsius (86 Fahrenheit). 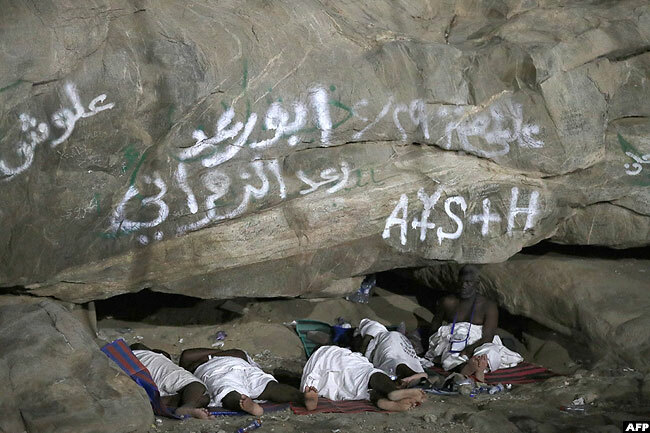 In a hospital opposite the mountain, an area was set aside for people who suffer in the heat.

"We have deployed 326 ambulances on the pilgrimage route so they can take care of the sick very quickly," said Meshal Alanazi of the Red Crescent.

In the evening, the pilgrims will travel to Muzdalifa where they will stay the night before taking part in a symbolic stoning of the devil.

The ritual at the Jamarat Bridge was the scene of a stampede in 2015 that claimed the lives of 2,300 pilgrims -- the worst disaster in the history of the hajj. 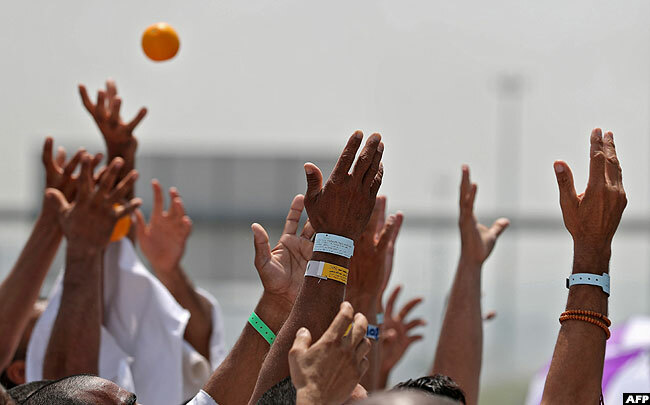 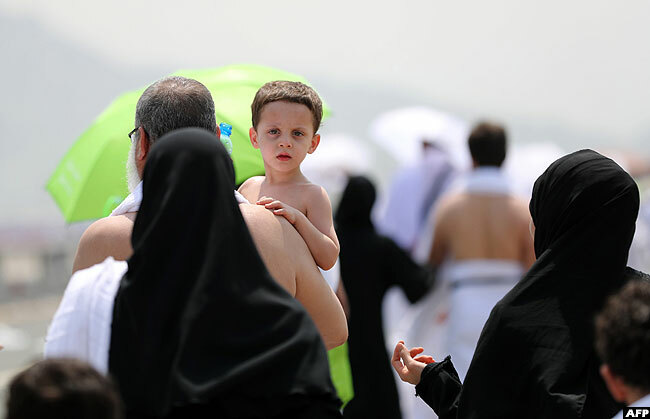 At the foot of Mount Arafat, mobile barriers have been installed to control the movement of the crowds.

"They will be moved to enlarge the passages when there are more pilgrims," said Ahmed al-Baraka of the Saudi security forces.

The kingdom has deployed more than 100,000 security personnel to keep pilgrims safe at this year's hajj, according to the interior ministry.