Saudi authorities have mobilised vast resources including more than 100,000 security personnel to avoid a repeat of the deadly stampede in 2015. 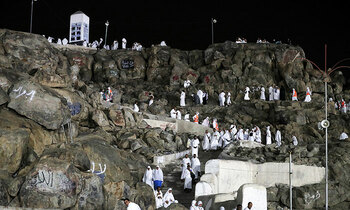 PIC: Muslim pilgrims walk and pray on Mount Arafat, also known as Jabal al-Rahma (Mount of Mercy), southeast of the Saudi holy city of Mecca, on the eve of Arafat Day which is the climax of the Hajj pilgrimage on Wednesday. (AFP)

More than two million Muslims from around the world began the hajj pilgrimage at Islam's holiest sites Wednesday, a religious duty and a multi-stage spiritual journey.

This year sees pilgrims from Shiite Iran return to Mecca in Saudi Arabia after a hiatus following a diplomatic spat between the regional rivals and a deadly stampede in 2015.

It also comes with the Gulf mired in a major political crisis that has seen thousands of faithful who would usually make the journey from neighbouring Qatar stay away.

On the esplanade of Mecca's Grand Mosque, the excitement was palpable as crowds from all four corners of the world gathered for a pilgrimage that all able Muslims are required to perform at least once in their lives.

Tidjani Traore, a public service consultant from Benin, said he was on his 22nd pilgrimage at the age of 53.

"Every time, there are new emotions," he said. "There are new innovations for organising and hosting the pilgrims. Now, for example, the tents are air-conditioned." 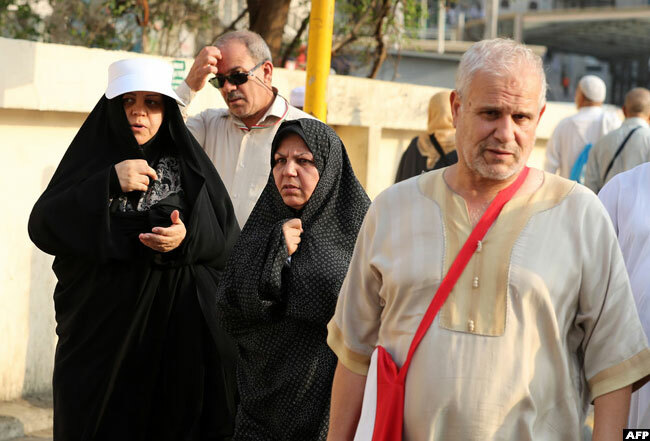 Wearing the simple garb of the pilgrim, the faithful waited at dawn with their suitcases for buses to take them to Mina five kilometres (three miles) to the east.

There, hundreds of thousands were gathering before they set off on Thursday at dawn to climb Mount Arafat, the pinnacle of the hajj.

In the midst of a hot desert breeze, the first arrivals prepared to spend the night in tents on the plain below Mount Arafat.

"I will spend the evening in prayer before we climb up the mountain for the dawn prayer," said a 72-year-old Tunisian woman, stretched out on a mattress. 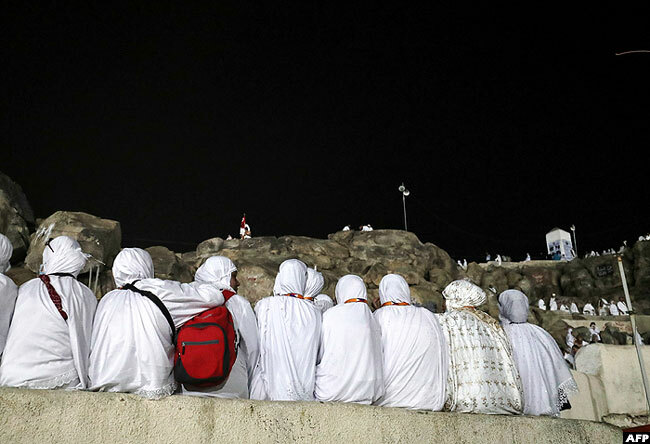 Earlier in Mecca, the pilgrims performed a ritual walk known as the tawaf seven times around the Kaaba, a black masonry cube wrapped in a heavy silk cloth embroidered in gold with Koranic verses at the centre of Mecca's Grand Mosque.

The shrine is the point towards which Muslims around the world pray.

"I still have to finish the tawaf!" said a breathless Nour, 30, from Saudi Arabia as she rushed past without stopping.

Sitting on a folding chair in the middle of the esplanade, Risvana cradled her six-month-old baby accompanying her on the pilgrimage.

"I've planned everything for him," said the young mother, pointing to a bottle of water in her bag. 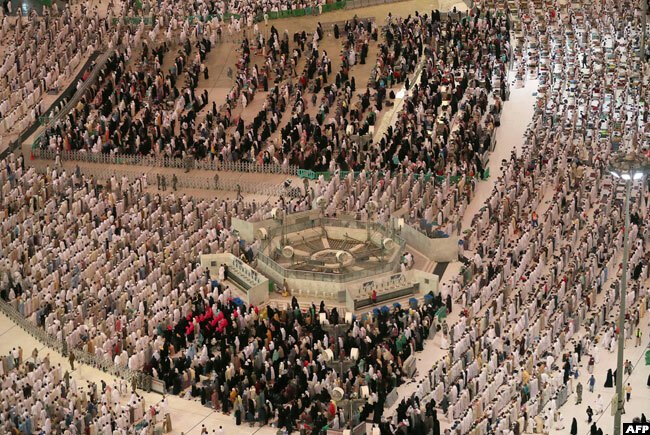 Saudi authorities have mobilised vast resources including more than 100,000 security personnel to avoid a repeat of the stampede in 2015 in which nearly 2,300 people were killed.

Riyadh and Tehran cut ties months later, after the execution of a Shiite cleric in Saudi Arabia sparked attacks on Saudi diplomatic missions in Iran.

Iranian pilgrims were absent from last year's hajj for the first time in decades after the regional rivals failed to agree on security and logistics.

This year's pilgrimage comes amid a diplomatic crisis between a Saudi-led bloc of Arab countries and Qatar, accused of supporting extremist groups and being too close to Riyadh's arch-rival Tehran.

A blockade imposed on Qatar since June 5 has seen sea and air links shut down, preventing many Qataris from making the hajj. 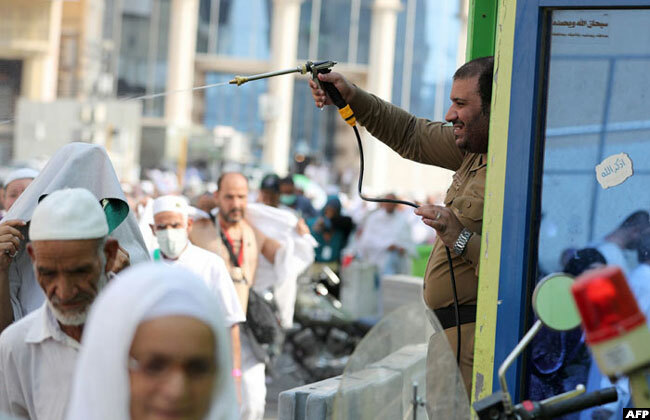 Although Saudi Arabia relaxed entry restrictions across its land border with the emirate two weeks before the hajj, Qatar said only a few dozen of its nationals were able to join the pilgrimage.

This year, the colossal religious gathering comes with the Islamic State group under growing military pressure having lost swathes of territory it controlled in Iraq and Syria.

But the jihadist group continues to claim attacks in the Middle East and Europe.

For the hajj, one of the world's largest annual gatherings, tens of thousands of air-conditioned tents have been set up in Mina to house pilgrims, and more than 700 Saudi cooks recruited to feed the faithful.

On the esplanade of the Grand Mosque, authorities had placed misting fans to take the edge off the intense heat.

On the eve of the first rites of the pilgrimage, the walkways thronged with people and the smell of musk wafted through the air. 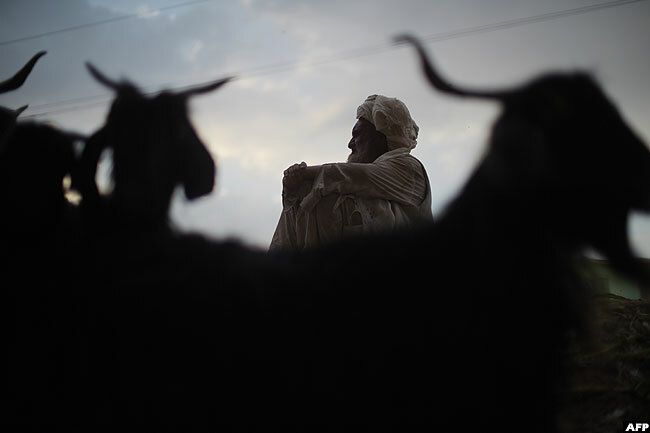 An Afghan vendor waits for customers at a livestock market ahead of the Eid al-Adha Muslim festival, on the outskirts of Kabul

A few paces from the Kaaba, Egyptian pilgrim Fathiya Taha could not hide her joy.

At 67 and the oldest in her group, she sat in her wheelchair in Islam's most holy spot.

"I've been looking forward to this pilgrimage for four years," she said.

Saudi Arabia's immigration department said women this year accounted for 46 percent of the foreign arrivals for the hajj.

Religious tourism is part of the oil-rich country's "Vision 2030" plan to boost the economy in an era of low oil prices.