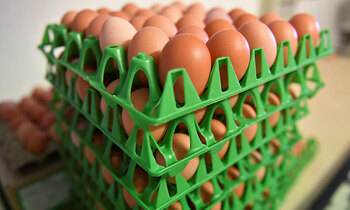 PIC: Eggs are pictured at an egg farm in Gaesti, Romania. (AFP)

A scandal involving eggs contaminated with insecticide spread to 15 EU countries, Switzerland and as far away as Hong Kong on Friday as the European Commission called for a special meeting on the growing crisis.

Ministers and food safety chiefs from around the European Union are set to meet on September 26 in a bid to get countries to stop "blaming and shaming" each other over the scare involving the chemical fipronil.

Millions of eggs have been pulled from supermarket shelves across Europe and dozens of poultry farms closed since the discovery of fipronil, which can harm human health, was made public on August 1.

The issue has sparked a row between Belgium, the Netherlands and Germany, the three countries at the epicentre of the crisis, about how long they knew about the problem.

"Blaming and shaming will bring us nowhere and I want to stop this," Vytenis Andriukaitis, the European Commissioner for health and food safety, told AFP as he announced the meeting.

"We need to work together to draw the necessary lessons and move forward instead."

European Commission spokeswoman Mina Andreeva said that "this is not, let's be clear, a crisis meeting" and it is being held next month to get "distance to the events".

Fipronil is commonly used to get rid of fleas, lice and ticks from animals but is banned by the European Union from use in the food industry.

The EU insists there is no threat to human health, but the World Health Organization (WHO) says that when eaten in large quantities it can harm people's kidneys, liver and thyroid glands. 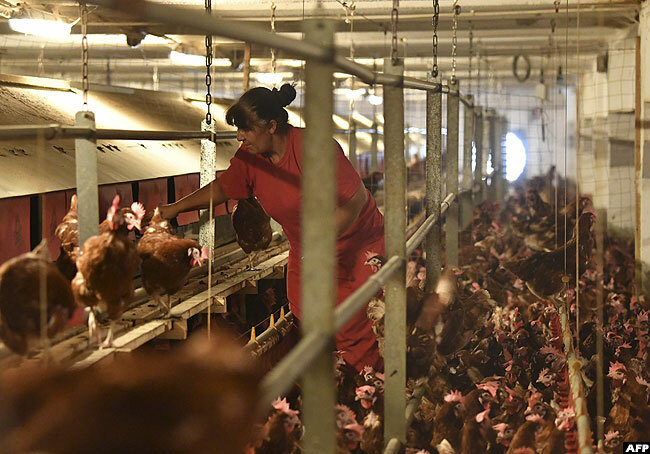 But in a sign the crisis is going global, Brussels also announced that Hong Kong had received some tainted eggs from the Netherlands, with the southern Chinese city becoming the first place in Asia known to be affected.

As well as dealing with the immediate food safety issue, the EU is also seeking to calm tempers over the egg row after a series of divisive crises in the bloc in recent years, from Brexit to migration.

Belgium earlier this week accused the Netherlands of knowing about the fipronil eggs since November 2016 and failing to notify other countries.

On Thursday Dutch Health Minister Edith Schippers admitted the government had made "errors" but denied a cover-up.

"We were well aware of a report of the presence of fipronil in the pens of egg-laying hens in November 2016, but there was no indication at the time that fipronil itself was found in the eggs," said Schippers.

A Dutch whistleblower separately said he had told the authorities that Chickfriend, the Dutch company at the centre of the scandal, was illegally using fipronil in the treatment of lice in chicken pens in The Netherlands.

"I am the anonymous whistleblower," Nick Hermens told the NPO public broadcaster. 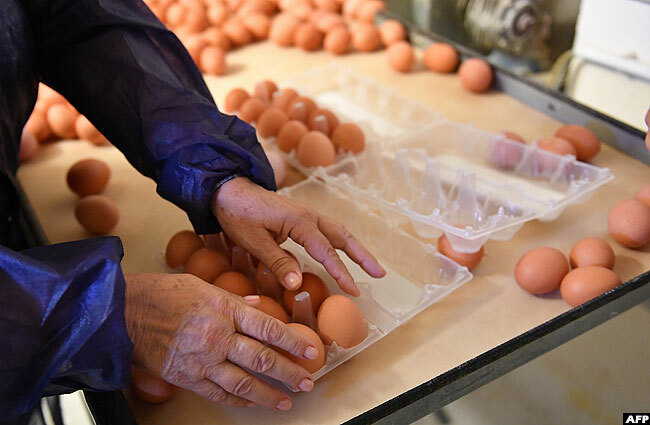 A Belgian company, Poultry Vision, has said it provided Chickfriend with the chemical.

However, Belgium itself has been forced to admit that it knew about fipronil in eggs back in June but kept it secret for nearly two months because of a criminal investigation.

Denmark said on Friday it had found two tonnes of fipronil-tainted scrambled eggs, bringing the total of contaminated eggs to 22 tonnes, mainly from Belgium.

Poland said it had discovered about 40,000 eggs imported from Germany.

French Agriculture Minister Stephane Travert said that since April the country had sold nearly 250,000 contaminated eggs, imported from Belgium and the Netherlands, but the risk for consumers was "very low" given French eating habits.

The food scare is one of the biggest to hit Europe since the 2013 horsemeat scandal when equine meat was falsely labelled and mis-sold.

Previous food scandals include contamination of chickens and eggs by dioxin in 1999, which began in Belgium, and mad-cow disease -- cattle feed contaminated by the ground-up carcasses of animals infected with a deadly brain disorder -- which ran from roughly 1986-1998 and started in Britain.