Several beneficiaries have blamed UNRA for carrying out selective compensation despite taking over their land for the project. 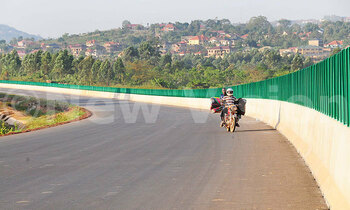 The Uganda National Roads Authority (UNRA) and some government officials are taking advantage of delayed compensation of project affected persons to push for the compulsory land acquisition law, a city engineer has said.

Eng. Pius Mugalaasi Mugerwa cited the delayed compensation of land owners and diversion of Entebbe Expressway that he said resulted from UNRA's failure to meet its part of the bargain.

Several beneficiaries have blamed UNRA for carrying out selective compensation despite taking over their land for the project.

Mugerwa accused UNRA of failing to honour President Yoweri Museveni's directive to resolve a dispute over compensation for his land in Nalumunye so to expedite the project. Mugerwa is the proprietor of Omega Construction Company.

According to correspondences seen by New Vision, Museveni directed the vice president, Edward Sekandi, to intervene in Mugerwa's matter after the engineer petitioned the head of state.

The President's directive dated April 21, 2015, followed Mugerwa's explanation that he had accepted the sh17.4b compensation that the chief government valuer set for his land, but he had not been paid.

Mugerwa said UNRA agreed to pay him, but took over and used his land without compensation. "I don't know where UNRA got that sh34b figure that they say I claimed. The chief government valuer, Gilbert Kermundu, put the value of my land at sh17.4b and I accepted it.  The other sh17.3b was compensation for my neighbour, Godfrey Genza," Mugerwa stated.

Copies of agreements seen by New Vision that UNRA signed with Mugerwa in February 2015, and two banks (Barclays and Eco Bank), show that the roads authority had committed itself to paying Mugerwa and clearing the mortgages worth sh8.4b that he had with the banks over the land.

He noted that UNRA claimed they had diverted the Expressway to another person's land because he had refused to receive payment, whereas not. "I have never refused to receive payment. Besides, even the land where they claim to have diverted the road also belongs to me. I have 10 acres of land in that area and they have taken over 4.5 acres but they don't want to pay me. I don't know what their motive is."

Asked whether he did not acquire the land after learning of the Expressway, Mugerwa said; "I bought that land way back in 2005 before anyone thought about that project."

Mugerwa said he sought the President's intervention because he did not want government to pay more money in interest, costs and damages through court. He, however, later filed a suit in September 2015. "I explored all avenues of getting my money and failed. The only alternative was to seek court redress."

When contacted, UNRA's media relations manager, Allan Kyobe, promised to get back, but he had not done so by press time.

The Government also set aside about sh100m for compensation to landlords whose property was affected by the superhighway that forms part of the Greater Kampala Metropolitan master plan to decongest the city.

The expressway, which starts at a point between Masanafu and Busega intersections on the Kampala northern bypass, has a lifespan of between 15 and 20 years just like all other national roads the Government has been and is still building. Usually, at the end of the projected lifespan, the road, depending on the traffic volume, is supposed to be rehabilitated.

It is comprised of 36.94km from Kampala to Entebbe and the 12.62km Kajjansi-Munyonyo spur. The road, which starts ascending meters away from the point where it joins the northern bypass between Busega and Masanafu intersections, passes over the Kampala-Mityana road a short distance away from (Busega intersection).

Its suspension bridge over Lubijji swamp in Busega is 200 meter long. Actually, the 7.6km stretch of the road is covered by bridges.

The next suspension bridge on your way to Entebbe from Busega is 520 meters long near Kyengera. Next is the 75 meter-long bridge at the Kajjansi. And finally the longest suspension bridge over Nambigirwa swamp. It is 1.45km long sitting on 45 pillars buried about 55 meters deep into the ground. The expressway has been designed and constructed based on the technology that had never before been applied on roads in Uganda.

According to the contractor, China Communications Construction Company (CCCC), the rock on which the 45 pillars sit in the ground was found at over 50 meters below the surface level.

The Nambigirwa bridge is the longest suspension (bridge) in East Africa. Mpaka bridge in Tanzania is about a kilometer long. The Unity bridge that connects Tanzania and Mozambique, Tanzania's second longest, has a length of 720 meters.

The bridge (Kigamboni) that connects Dar es Salaam central business district to Kigamboni district across the Kurasini creek is 680 meters long. But cable-stayed Kigamboni bridge is the longest and first of its kind in East Africa. Kenya's longest Kalifi bridge on the way from Kalifi County to Mombasa is 420 meters long. The four-lane Kampala-Entebbe expressway will join the exiting (Kampala-Entebbe road) at Mmpala (24km from Busega).