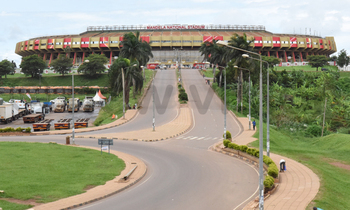 Africa soccer governing body CAF has appointed Lemghaifry Bouchaab from Mauritania to handle the first leg of the 2018 World Cup Qualifier between Uganda and Egypt.

Bouchaab will be assisted in the match to be played at Namboole Stadium by Aboubacar Doumbouya (Guinea) and Abderahmane Warr (Mauritania).

Ahmed Toure from Guinea will be in charge as the fourth official.

In the return leg on September 5th in Alexandria, South African's Victor Miguel de Freitas Gomes will be in charge assisted by fellow countryman Sandile Dilikane and Berhe Tesfagiorhgis from Eritrea. South Africa's Christopher Harrison will be the fourth official.

Egypt top Group D with 6 points, two above second placed Uganda.  Ghana are third with one point while Congo Brazzaville is bottom with no point from the two games played.