Voice to Action: Women at the centre of development

In Uganda, domesticating the SDGs is a collective effort bringing together the Government, development partners and civil society. 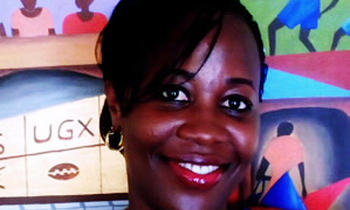 The Forum for Women in Democracy (FOWODE) is launching a multi-stakeholder process dubbed "Voice to Action - Advancing Gender Equality" in the Sustainable Development Goals (SDGs) to create awareness and consolidate multi-stakeholder commitment to the promotion and realisation of gender equality in Uganda.

SDGs are a set of new universal goals, targets and indicators that UN member states adopted on September 25, 2015 to frame their agendas and policies over the next 15 years (2015-2030).

The 17 SDGs, officially known as, "Transforming Our World: The 2030 Agenda for Sustainable Development" intend to change the course of the 21st century by addressing the key perennial challenges of poverty, hunger, inequality, the adverse effects of climate change and violence against women and girls.

FOWODE, in partnership with other women rights organisations, calls upon all stakeholders to prioritise awareness and education on SDGs, advocacy for legal, legislative and policy reform/changes to ensure the upholding of women's rights in Uganda; support to women's leadership and agency on SDGs; building of strategic partnerships and networks within and across movements and ensuring gender-budgeting for the equitable distribution of resources between women and men, girls and boys.

The SDGs seek to address the unfinished business of the Millennium Development Goals where Uganda registered a 33% success rate. The 2030 Agenda, however, presents a more people-centred approach with the global slogan of "Leave no one behind" and  is more ambitious envisaging the eradication of poverty, the systematic tackling of climate change and building peaceful, resilient, equitable and inclusive societies.

In Uganda, domesticating the SDGs is a collective effort bringing together the Government, development partners and civil society. In 2014, the Government committed to integrate the SDGs into its national planning process — the second National Development Plan (NDP II) 2015/16 - 2019/ 2020. This is complemented by an institutional framework that provides support in implementation of the policy, legal and planning frameworks. Further, in order to enhance data capturing and management, the Government, in partnership with development partners, developed a National Standard Indicator Framework to track progress for the successful implementation and realisation of the 2030 Agenda.

Uganda has continued to demonstrate readiness to implement the SDGs along which comes with the commitment to attain gender equality set out in goal five and throughout various goals and indicators of the SDG framework. With leadership from the Office of the Prime Minister, a national SDG coordination structure was established comprising of the Ministry of Finance to oversee monetary allocation, the National Planning Authority to oversee integration of SDGs into national, sector and local government planning frameworks and the Uganda Bureau of Statistics to oversee generation, analysis and dissemination of statistics to guide effective implementation and review of the SDGs at country level.

Also in place is the Equal Opportunities Commission mandated to address all forms of discrimination and inequalities against any individual or group of persons.

Despite the progress, enforcement of gender laws and policies remain a challenge as demonstrated by the continued discrimination of women working in flower farms who are exposed to chemicals that negatively affects their health.

Women, especially widows, are still discriminated against and denied access to productive resources such as land and/or proceeds accruing from the land, many young women and girls are being trafficked to the Middle East and other destinations in the quest for better employment opportunities only to end up being sexually exploited.

Further still, media reports of violence against women and girls remain prominent with defilement noted to be on the rise in several districts. This is mainly attributed to poverty, negative cultural norms and practices in addition to inadequate resourcing for the prevention and management of SGBV.

Child marriages are still prevalent in Uganda and according to the UDHS 2016, 25% of adolescents aged 15-19 are already having children. The high burden of unpaid care work on women and girls remains a violation of basic human rights to education, political participation, decent work, leisure and human rights. Chronic under-investment in rural infrastructure and technology has a disproportionately negative impact on women living in rural areas, as they often engage in time consuming unpaid care work, including fetching water and fuel wood, which prevents them from engaging in paid work and education.  Although there is registered progress in the political arena in terms of women's representation, there has been a drop in the number of women parliamentarians from 35% in the Ninth Parliament to 32.8% in the current one. There are only three women district chairpersons out of 117 and the figure is equally grim for LCIII chairpersons where there are only 19 women. Despite the above progress, women's participation in leadership and governance is still constrained by the restrictive legal and policy frameworks that impact on citizen's freedom of expression and assembly. In addition, the commercialisation of politics has meant that a majority of women cannot compete favourably given their limited resources.

Goal 5, which is a standalone goal on gender equality, builds on lessons from implementation of MDG 3 by prioritising focus on ensuring all the basic rights of women and equality in all areas are guaranteed. The SDGs provide an opportunity for women and girls to position themselves as key actors in influencing prioritisation of their issues in the implementation phases of the SDGs. The 2016 SDG Report stresses the need for strong partnerships across civil society, government, private sector and the academia as vital for successful implementation, monitoring, review and follow up of the 2030 Agenda. At country level, this calls for improved co-ordination of local implementation actions including capacity building efforts, mobilisation of resources and data generation and utilisation to ensure that partners make cost effective development gains.

All citizens have a critical role in ensuring that the gender specific targets of the goals are met. In order to link to national processes and global conversations at the High Level Political Forum on Sustainable development, FOWODE (Forum for Women in Democracy) is launching a multi-stakeholder process dubbed "Voice to Action - Advancing Gender Equality" in the SDGs to create awareness and consolidate multi-stakeholder commitment to the promotion and realisation of Gender Equality in Uganda.

FOWODE in partnership with other women rights organisations thus calls upon all stakeholders to prioritise awareness and education on SDGs, advocacy for legal, legislative and policy reform/changes to ensure the upholding of women's rights in Uganda; support to women's leadership and agency on SDGs; building of strategic partnerships and networks within and across movements and ensuring gender-budgeting for the equitable distribution of resources between women and men, girls and boys.

Let us all put women at the centre of development in order to attain Agenda 2030!

The writer is the Programmes Director of the Women and Leadership Programme at FOWODE.