Macron had said he hoped the agreement to try to end five years of chaos in Libya would check the flow of migrants. 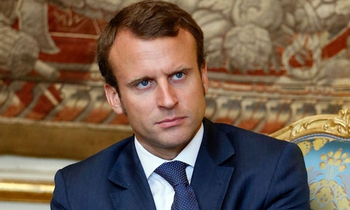 France will set up processing centres this summer in Libya for asylum seekers trying to reach Europe across the Mediterranean, President Emmanuel Macron announced Thursday.

"The idea is to create hotspots to avoid people taking crazy risks when they are not all eligible for asylum. We'll go to them," he said during a visit to a refugee shelter in central France, adding the plan would be put in place "this summer".

Macron's announcement came two days after he brokered talks in Paris between the leaders of the two rival authorities in war-torn Libya, who agreed to a conditional ceasefire.

The lawless country is the main launchpad for African migrants trying to reach Europe in rickety boats operated by smugglers that frequently sink.

Macron had said Tuesday he hoped the agreement to try to end five years of chaos in Libya would check the flow of migrants.

Since January, more than 100,000 people have made the perilous voyage from Libya, according to the International Organization for Migration.

Over 2,300 have drowned this year attempting to make the journey, the IOM says.

The vast majority land in Italy -- the EU country closest to North Africa -- which has complained of a lack of solidarity from its neighbours in dealing with the influx.

From Italy, a fraction push on into France.