IMF calls for Mozambique to come clean on debts

The government later explained the money was used to fund military vessels and defence equipment and said it did not disclose them as a matter of national security. 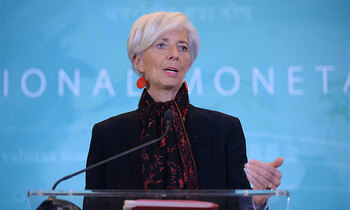 Mozambique must fill in "critical information gaps" over $2 billion of secret government loans, the International Monetary Fund said Thursday, in a scandal that has damaged the nation's economy.

At the end of a 10-day mission to Mozambique, IMF officials expressed dissatisfaction with continuing uncertainty about debts built up by state-owned companies from loans by foreign banks including Credit Suisse.

A recent audit by New York-based forensic accountants Kroll concluded that $500 million of the $2 billion was still unaccounted for.

"Critical information gaps remain unaddressed regarding the use of loans proceeds," the IMF said.

"The team urged the government to take steps to fill the information gaps and to enhance its action plan to strengthen transparency."

The government secretly borrowed $2 billion between 2012 and 2014 to fund a coastal protection project.

In December a commission of inquiry found that the government had broken the law when it failed to seek parliamentary clearance for the loans.

The government later explained the money was used to fund military vessels and defence equipment and said it did not disclose them as a matter of national security.

The debts were taken out in anticipation of a windfall from recently discovered natural gas deposits -- but that has so far failed to materialise and the government has been unable to pay the money back.

Several major donors -- including the IMF and World Bank -- suspended aid to the southern African nation.

The IMF statement made no mention on the issue of resuming financial aid to Mozambique.

Finance ministry spokesman Domingos Chapungo said the government had no immediate comment on the IMF report.