The 19 suspects say they have not received sufficient medical treatment. 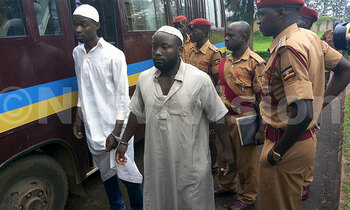 KAMPALA - High Court is today expected to hear  an application in which 19 suspects in connection with the murder of former Assistant Inspector General of Police Andrew Felix Kaweesi are seeking  medical examination  and compensation over torture.

The  suspects claim they were arrested from their homes and detained in millitary custody before being transfered to Nalufenya police cells where torture acts intensified.

They contend that they have not received sufficient medical treatment for the injuries sustained as a result of the said torture.

They are saying that those with broken legs have not been offered wheelchairs while those whose sight has been affected have not been attended to at all.

The suspects now want court to order for their unconditional release  from detention at Luzira prison.

According to them, their continued detention without medical care  is a violation of their constitutional rights to which they also claim  for compensation from government.

The application was scheduled for hearing last month but the Attorney General, who is listed as a respondent, had not filed his reply hence judge Margret Oguli adjourning it until today.