Ronald Hakiza started up UgaBus, an e-ticketing company that enables travelers with in East Africa to buy bus tickets online enabling them to avoid queues at bus stations. 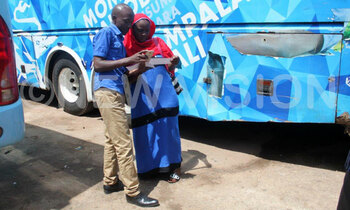 Ronald Hakiza, 25, once almost failed to travel to Kisoro for burial by bus because he got to the bus park and the one bus left was full.  From his experience, he started up UgaBus, an e-ticketing company that enables travelers with in East Africa to buy bus tickets online enabling them to avoid queues at bus stations. Today, he employs five full time staff members and he values his business at sh108m.

First job and attempt at business

In 2014, I graduated with a bachelor's degree in business administration from Makerere University. As a student at university, I juggled academics and work and in 2010, during my first year; I started working with Straight Talk Foundation as a radio communicator officer, a job I did for three years earning sh500,000 per month. The job also came with allowances.

By the time I left the job in 2013, I had saved up to sh5m which I then invested in growing Irish potatoes on our idle one and a half acres family land back in Kisoro. My savings basically paid workers and bought seedlings. However, in a space of a year and a half, I had lost all the money!

Trouble was that it was my first time to venture into the business. I did not have enough knowledge about running business and I thought I would also prosper like other businesspeople who ventured into agriculture but my story was different. My saving and investment were slowly but surely dying out.

In 2015, I saw a call for applications on Facebook from the Young African Leaders Initiative (YALI), for a 12-week mentorship in business and entrepreneurship. I applied and was invited for the training.

YALI is a signature US effort that invests in the next generation of African leaders.

After acquiring skills in business, I kept on asking myself how I could make it again in business. 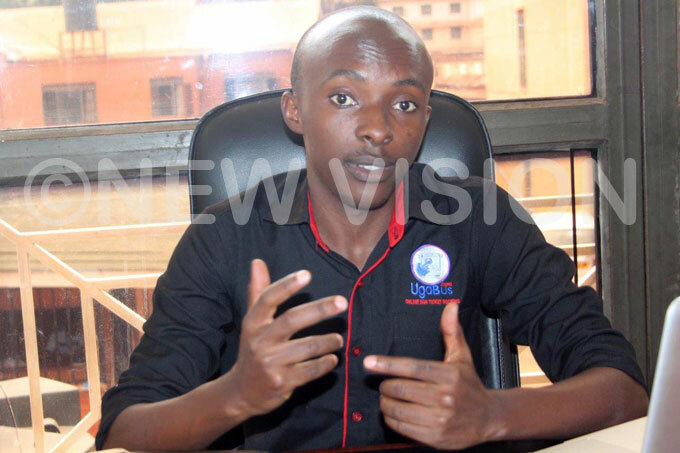 That same year, I lost a relative who was to be buried in Kisoro district. Upon arrival in the bus park, there was one bus left and it was full. I was forced to use about three different commuter taxis between Kampala and Kisoro.

The journey cost three times more but this awakened me to an opportunity. What came to my mind was; if I had had the chance to book a ticket beforehand, then the bus could not have left me. I knew that there were people who shared similar frustrations.

So, as a way of providing a solution, I thought of starting up an online booking platform for travelers to make their bookings at their convenience without moving physically to booking centers.

In June 2015, I discussed my business plan with my former high school economics teacher and told him I was looking for money to invest. For starters, I want to use the money to buy a hosting server and acquire domain rights. He welcomed the idea and lent me sh600, 000.

We agreed that I pay back his money after four months with an interest of 10%. After the agreed four months, my business had not yet picked up. Fortunately, I had side job as a data entry personnel for a company in Kampala. So, I managed to raise the money and paid my former teacher back.

Meanwhile, I used the money to acquire the basics that I thought were necessary for my business to pick up. Firstly, I looked for a team that was going to help me achieve my dream. As a business administration graduate, I had knowledge about managing business but also the YALI mentorship came in handy as the business kicked off.

Xavier Rukera, a friend who had knowledge of software programing volunteered to help me develop the system especially in coding. I was able to purchase virtual private servers at sh400,000, acquired domain rights and registered the company and acquired a license.

I handled marketing of the brand and our system started running on January 19, 2016.

My aunt gave me sh3.6m because she believed in me and was convinced that my idea would work out with time. She never told me to pay her back.

With this money, we started building the mobile application and the website. We used up all the money but I still believed in the concept and believed it would work. In April 2016, as a budding company, we put in our submissions and won a grant of $10,000 (sh36m) from the United States African Development Fund (USADF).

This money helped our struggling business to gain a foundation in the market. For instance, we were able to secure an office room in Wandegeya in Kampala at sh500,000 monthly. We bought other items like office furniture, laptops, printed shirts and T-shirts branded with our logo at sh2.2m and started operating fully.

A long the way, I applied to Tonny Elemelu Foundation, a Nigeria based organization that empowers young African entrepreneurs, and was lucky at be among the 1,000 people selected in 2016 to be part of the programme. I won another grant worth $5,000 (about sh18m). I used the money to brand my company, pay ticketing agents and also recruit five members of staff.

Currently, we are part of another organization called Growth Africa, a business accelerator supporting young and innovative entrepreneurs in Africa and hopefully they will also provide us with more grants.

But the bus operators who were our secondary target did not welcome the idea as I had assumed because most of them felt that their customers were not yet ready to start booking tickets online. They requested us to prove to them that our concept could work before they could embrace it.

We also had our booking agents in buses who would help passengers book a ticket online, without having to pay cash for tickets hence proving to bus operators that the system worked. After three months, we had used the system to book over1,000 bus tickets but we were not being paid by the bus operators since we were still under the review process.

This was when the bus companies, especially those that transport people across East Africa and to other major cities across the country, embraced the system and we started earning commissions from the tickets in July 2016.

After the bus operators took up our services, our next step was to create awareness for the system in the general populace and this was one of the ways we started marketing the product in September 2016.  We employed about 130 ticket agents across the country to create awareness to travelers in the different bus parks of their operation. They earn a commission of 5% on every booking. Monthly, I spend sh2m on all of them.

How the system works

The system can be accessed by people using android phones and computers. Customers can visit the website and follow the steps. The person selects where they are coming from and their destination. They indicate the date and time of travel and the number of tickets they want to book.

The system then shows the different bus operators on the route the customer intends to use hence providing them with an opportunity to choose a bus operator of their choice. This also includes the price for the travel, where the buses park and their destination.

After filling in and confirming the details, a confirmation page comes up with a transaction menu where the customer enters their phone number and confirms payment using their mobile money accounts.

The service currently is only available to MTN mobile money users but people on different networks can book from their offices in Wandegeya or call them directly on the number available on their website to have their travel booking done.

UgaBus earns sh7m per month from ticket commissions but the earnings shoot up to about sh10m during the festive season.

Hackers are a threat to anyone doing online business and we are not any special.

In February this year, our entire system was brought down by malicious hackers and it took us a month trying to recover files. However, we have acquired full time system administrator to make sure the system is not hacked into but we have also acquired a security system that allows secure connections from the web server to a browser.

I have achieved my dream of easing long distance transportation of people through an online booking system for travelers in the country while at the same time created an income stream for me and my team.

Last year, I represented Uganda at the Global Entrepreneurship summit in Silicon Valley in the USA where we presented the UgaBus concept and discussed the state of the tech-industry in Uganda.

Through booking agents, we have been able to provide employment opportunities to the youth. Challenges

There is still low internet penetration among Ugandans. Most people do not have frequent access to internet services yet our system is online.

Those who can access internet still find it expensive hence reduced on line presence. However, we have instituted a mobile number in place which people can call and we help them book tickets faster.

Some bus operators have not embraced our innovation and still believe in the traditional means of booking tickets from the bus park. We are sensitizing them and using their competitors on the platform as proof that the system works and they should embrace it for them to compete favorably.

Irregularities within some bus companies also affect our relationship with some of our clients. Future plans

I want to build a continental brand across Africa and make the life of travelers much easier.

I also want to incorporate other service providers on the platform like tours and travel companies, air ticket bookings and hotel reservation services.

I use the service and find it more convenient than moving all the way to the bus park to book tickets. I call upon Ugandans to embrace the system because it works. Hakiza has revolutionized the transport system in the country.

People are yet to fully embrace technology but the system is slowly catching up especially among people in major towns in the country. I have been marketing the system for the last eight months and I have noticed steady growth among our users.