In Uganda, this is true of Uganda Christian University, which has been a target of blame by sections of the public for things like its emphasis on neatness, modesty and decency in the dress code of its staff and students. 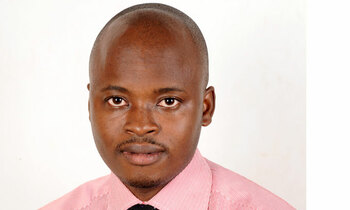 Recent developments at Harvard University and Makerere University have revived the debate as to whether universities should concern themselves with moral conduct of their students or they should just look at the grades.

Suffice it to note that actions questioning the moral rightness of students took place in secular learning institutions. Harvard is private and America's oldest university while Makerere University is government owned. Faith-based institutions have previously been a target of attack, rebuke and denunciation for their policies and actions meant to instill discipline and integrity in their students. Their actions are often looked at in religious lenses not whether they are good and well-intentioned, and part of the education that prepares students for their vocation.

In Uganda, this is true of Uganda Christian University, which has been a target of blame by sections of the public for things like its emphasis on neatness, modesty and decency in the dress code of its staff and students. Blame has been put on UCU's identity as an authentic Christian university founded by the Province of the Church of Uganda. UCU's emphasis on dignity in appearance of her students and staff has also been used to spread falsehoods like claims that her students wear university uniforms, which is not true!

While such biased discourse fails to objectively look at the spirit behind such policies, I am not surprised by the debate such issues generate. This is because moral and ethical issues have intrigued mankind for thousands of years. From the ancient teachings of philosophers such as Plato and Aristotle to the life and teachings of Jesus Christ, questions of right versus wrong, good versus evil, light versus darkness have occupied humankind.

The developments at Makerere and Harvard universities underscore the relevance of morals and character in education systems. Universities can no longer look at themselves as academic and knowledge based systems while ignoring the moral standing of their products. Like former US President Theodore Roosevelt remarked, "To educate a man in mind and not in morals is to educate a menace to society."

Similarly, evangelist Billy Graham observed that, "Education cannot be properly called education which neglects the most important parts of man's nature. Partial education throughout the world is far worse than none at all if we educate the mind but not the soul."

Ignoring morals in education runs counter to the spirit of university education which should be producing innovators, transformers, creators, problem solvers and generators of knowledge that addresses the entirety of societal problems.

Clearly, people advancing the notion that universities should focus on grades while ignoring morals are detached from the needs of the market place and from the functioning of society.

To begin with, the market place which universities should be preparing students for, cherishes ethical values such as integrity, honesty, truth telling and respect for authority and rules. It abhors vices such as corruption and embezzlement, sexual harassment, insubordination and poor time management and anything that tarnishes corporate reputation. Some workplaces and professions such as banks, lawyers and security services have actually gone ahead to prescribe acceptable dress codes. In places like the Parliament of Uganda, several MPs have previously been chased out of Parliament on account of shabby, indecent and poor dressing and for using "un-parliamentary language", contrary to parliamentary rules of procedure, which require legislators to be genuinely honourable in their attire and speech.

In job interviews, one's appearance and dress code is also considered when choosing who to give the job. This begs the question, if the market place awaiting university graduates cherishes decency and ethical conduct, why should universities training students for the market shy away from it? Wouldn't that be misleading students and thus rendering a disservice to the nation? Truth be said, a good reputation of a university, which facilitates quicker absorption and acceptance in the job market of its graduates depends in part on the impressions, which its students and staff make. While university life entails a considerable degree of freedom, it is fair that universities set certain standards of decency and behavior if they are to churn out graduates that meet the market demands.