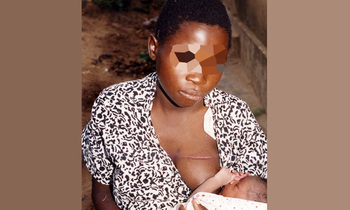 As the Day of the African Child is being celebrated today, a new study on child marriages in Uganda says the bureaucracy in the police force and judiciary frustrates victims seeking justice.

The study by rights organisations MIFUMI and Equality Now states that simple logistics such evidence forms on which one is supposed to register their complaints are often hard to access.

"Child marriage and forced marriage survivors usually find it difficult to access police evidence forms especially PF24 and PF3.  This is because these forms are unavailable at the police posts and stations and as such are forced to photocopy the same at their own expense... In addition, police usually ask for money from victims to transport or apprehend suspects. Although this is not formal police procedure, they are forced to do this due to lack of transport or fuel in the several police posts and stations," it reads in part.

It further notes that there is a severe shortage of public prosecutors and state attorneys in most Courts in Uganda.

"This shortage has contributed to delay in conclusion of cases as well as case back log. Also due to their heavy work load, prosecutors or state attorney often have very little time to peruse through all the numerous files and often appear unready in court leading to poor prosecution."

Child marriage constitutes defilement, a criminal offence that attracts life imprisonment. However, the study says such a criminal offence is outside the jurisdiction of local council courts or traditional court systems which are closer to the people.

Titled "Child Marriage in Uganda 2017," the study was conducted in the three districts of Masaka, Moroto and Tororo. It focused on barriers to accessing justice by early and forced marriage victims; public perceptions, knowledge and prevalence of the vice in Uganda among other issues.

Masaka district was found to have the highest number of respondents involved in child marriage with a proportion of 53.3% of the victims getting married below the age of 18. This was closely followed by respondents from Tororo district that had 23.1%. Moroto district had the least number of early and forced marriages related cases at 12%.

According to the Uganda Constitution, the age of consent is 18. However, the report notes that child marriages continue to thrive unabated; usually arranged or perpetuated by parents, relatives or guardians.

"They do not report since they will also be held criminally liable for aiding and abetting defilement,' says the report.

"All the above challenges and technicalities cause people to lose trust in the justice system and end up settling CEFM matters out of court. This often involves the parents approving the marriage after exchanging gifts or in the event that the survivor was a defilement victim, the parents will just condone the act and allow the perpetrators to marry his victim," the report says.

It calls for the need to create more awareness on child marriages and the existing laws against the vice; the reporting procedures and helplines one can use.

The Day of the African Child is commemorated every year on June 16 by Member States of the African Union and its partners. This year's theme is: "The 2030 Agenda for Sustainable Development for Children in Africa: Accelerating protection, empowerment and equal opportunity"