One network area dream stalled by lack of political will 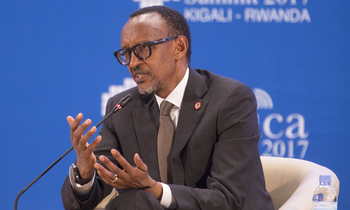 Mobile telephony has been a massive success in Africa, but users still have to contend with high mobile roaming rates and incoming international tariffs when they travel to other countries in the countries on the continent.

Two years later, nothing has come to fruition. Why? Rwandan president Paul Kagame has blamed the lack of political will as the sole reason why Africa is not yet one big network area.

"It is not even for the lack of understanding of creating that one network area that will serve us very well."

Although Africa as a continent is yet to have a one network area, regional blocs are championing the idea of free roaming. Kagame said this provides hope for the bigger one network area on the continent.

"When we started (working on a one network area in East Africa), there were a lot of arguments, debates. Some people genuinely thought they were going to lose as others gain, but I think that was because of lack of understanding."

"The fact that we have five countries working together in this region, we have Rwanda and Gabon which is on the other side of the continent deciding to work together. It is also happening in West Africa. These are good signs of what is possible."