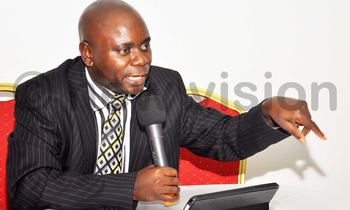 Ugandan Manufacturers should get worried of the increasing number of imports from Asian countries instead of worrying about the Economic Partnership Agreements between the European Union (EU) and the East African Community (EAC).

Uganda and other EAC countries have been discussing the EU, EAC, EAPS agreements for the last 12 years; some are not yet convinced that it's a good deal like Uganda while Kenya has already signed partly to secure markets for horticulture products.

Once the agreement is signed, Uganda and other countries will have opened up their market space to the EU, an issue they say is likely to stifle the growing manufacturing industry given the fact those from Europe are more developed and are in position to produce quality products that will out-compete those made in Uganda.

But Dr. Fred Muhumuza a lecturer from Makerere University and an economic analyst believes that less imports come into the country from Europe compared to those from Asian countries.

"This should be the concern of the manufacturer, how to make their product better so that Asians don't find it easy to sell theirs in Uganda but almost all manufactured goods right from agriculture to machinery are coming from Asians, that should be the focus," said Muhumuza.

He made the observation during a series of café meetings organized by SEATINI Uganda to discuss different issues that affect the Ugandan economy in addition to suggesting solutions to some of the challenges facing the economy.

Muhumuza explained that currently Uganda imports more manufactured goods from Asian countries than Europe and when it comes to exports, Uganda benefits more from EU markets compared to Asia.

"I don't see EU markets threatening our manufacturing at all, instead they will encourage the local manufacturer to scale up so they too can produce goods to the standard of the EU so they can compete for the same market," said Muhumuza.

He also added that despite the fact that 70% of manufacturing in Uganda is mainly agricultural, installed manufacturing capacities are idle and inconsistent, that is why Ugandans are not even relying on agriculture.

"Therefore issues that will affect agriculture will come from somewhere else not in the agreements that we sign therefore we should first address the idle capacities, find out why the installed capacities in manufacturing are idle and why are the products inconsistent, quality among others," Muhumuza added.

According to Mwambutsya Ndebesa a from Makerere University, members of the East African Community were meant to sign Economic Partnership Agreements last year, but there is still controversy, with some refusing to sign.

But the country director SEATINI Uganda, Jane Nalunga, wants government to address challenges facing the manufacturing sector before signing and opening up the markets to outsiders.

According to Nalunga, internal priorities are very important like finding out where we want to go as a country, do we want to industrialize before even going ahead to promote it nationally, regionally and globally.

If we open up now we might not benefit because the EU through EPAS, wants raw materials, and they have an initiative called the raw materials initiative, whereby in all agreements they must get raw materials untaxed and yet one of Uganda's priorities is to generate as much taxes as possible.

"It means we shall not be getting any taxes from our raw materials which is our strength currently because most of our goods are exported in the raw form, so can get raw materials depending on who has taken them," said Nalunga.