The new measure would require "full cooperation with the investigation" of the apparent attack in the rebel-held town of Khan Sheikhun, British Ambassador Matthew Rycroft said on Twitter. 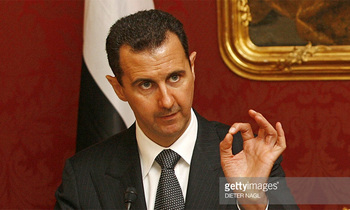 Britain, France and the United States on Tuesday presented a new UN draft resolution demanding an investigation of the suspected chemical attack in Syria after the Security Council failed last week to agree on a response.

The new measure would require "full cooperation with the investigation" of the apparent attack in the rebel-held town of Khan Sheikhun, British Ambassador Matthew Rycroft said on Twitter.

The Security Council last week discussed three separate draft texts but failed to agree on a way forward and there was no vote on any of the measures.

France, Britain and the United States pushed for a tough investigation and demanded that Syria provide information on its military operations, but that proposed draft faced the likelihood of a veto from Russia.

"We cannot give up and we must try, in good faith, the best we can, to have a text condemning the attack, asking for a thorough investigation," French Ambassador Francois Delattre told reporters.

Delattre said France was now looking for "a good text and a good vote."

A senior council diplomat said he expected a vote on the revised draft in the coming days.

France, Britain and the United States have accused President Bashar al-Assad's forces of carrying out the attack that killed at least 87 civilians, including 31 children.

"It's very important that there is a full investigation so that everybody knows, everybody knows, so that the entire world knows how these horrible chemical attacks occurred and where they come from," said Delattre.

As the council debated its response on Thursday, the United States fired cruise missiles at a Syrian air base that the US says was used to launch the chemical attack.

France hopes that the US military action and Washington's demand that Assad be barred from power as part of a peace deal will open up a new opportunity for a solution.

Russian President Vladimir Putin earlier called for a thorough investigation by the Organisation for the Prohibition of Chemical Weapons (OPCW) and suggested that Assad was the target of false accusations.

Turkey's health minister confirmed that post-mortem tests on the victims showed that the deadly nerve agent sarin had been used in the April 4 attack.