"It is like a public holiday whenever Friday sets in as few pupils turn up to learn and this is worrying us," Francis Kedi said. 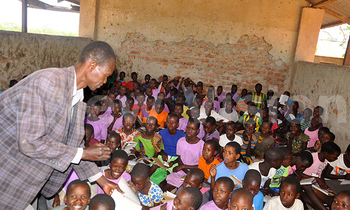 The teachers of Osera Primary School in Kumi district have expressed concern of pupils absenting themselves on Fridays to attend a Market Day.

"It is like a public holiday whenever Friday sets in as few pupils turn up to learn and this is worrying us," Francis Kedi said.
Kedi who is only a month old at the school stressed the need to address the alarming situation where over 300 learners absent themselves to go the market. 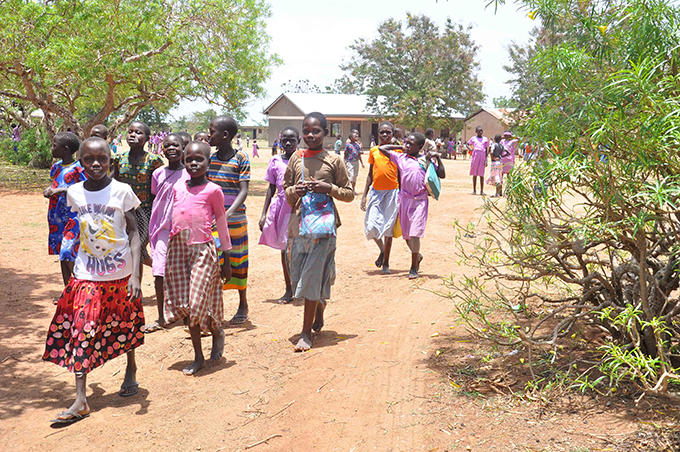 Some of the pupils of Osera Primary School in Kumi district without uniform during lunch time. Photo by Francis Emorut

When the New Vision visited the school on Friday out of 1105 enrolment only 714 pupils were present meaning 391 were absent.

"As teachers we are helpless the ministry of education should help us," Paul Malinga a teacher said.

The teachers aired their concerns during a meeting with officials from Civil Society Budget Advocacy Group who were on monitoring visit to assess the performance of community monitors in monitoring Local Government service delivery.

Lawrence Openy a member of the school management committee proposed that the teachers and members of Parents Teachers Association should meet and find a solution to the absentee learners.

Malinga urged his colleagues to seek help from the law enforcement authority to round up parents and children who go to the market.

"Unless we go and storm the market with help of Police we may not achieve much," Malinga stated.

Not only is the school grappling with absent pupils but also the population is too big 158 pupils per class contrary to the recommended 50 meaning the teacher ratio is 1:158.

The New Vision entered P4 and P3 classrooms and found over crowded pupils siting on a floor with hardly space for a teacher to pass and write on the blackboard.

To make matters worse there are only six teachers teaching 1105 pupils.

When contacted the district education officer John Micheal Otai said he was going to sensitize the parents.
The schools is also grappling with lack of desks for the learners and overcrowding.

The other concern raised by community monitors from Kibaale, Bushenyi, Kibuku and Masindi was half of the school population was not wearing uniform.

"How can a child be helped if she/he is not wearing uniform if one is in danger?" John Wagada a community monitor from Kibuku asked.

Responding to the issues raised by the monitors Kedi said the parents were too poor to afford the school uniform.

Kedi informed participants that the shortage of desks was beyond his control and can only be handled by the subcounty chief of Ogino subcouty.

When contacted Innocent Okiria the Ongino subcounty chief said the resource envelop was so small and there were so many needs.

"We have to make so many interventions in health facilities, sanitation and desks and there are so many worst schools than Osera," Okiria said