Only personal bests for junior swimmers in Egypt

Uganda was represented in the Egyptian capital Cairo by a five-man team. 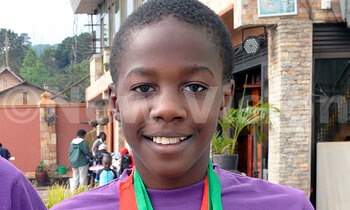 Unlike in 2015 when Rebecca Ssengonzi won silver and bronze in the 100m butterfly and 400m Individual Medley races respectively at the same event, it was tougher this time for Uganda's youngsters.

Selina Katumba swam a personal best of 33.53 in the 50m butterfly race, despite finishing fourth in her heat.

Jessy Ssengozi was also fourth overall over the same distance with 26.43. She was also impressive in the 50m freestyle with a time of 30.28.

Fadhil also produced a personal best of 56.69 in the 100m freestyle where his brother Nabil Saleh also posted 56.79, another personal best.

Atuhaire Ambala posted 4.31.26 in the 400m freestyle to finish 8th overall in the final in the championship that attracted swimmers from South Africa, Morocco, Namibia, Angola, Seychelles, Kenya, Algeria, Tunisia, Ghana and Zimbabwe.