"The feudalists at Buganda's Mmengo held this rather false view that if they shunned, rejected, actively boycotted and opposed the mainstream debate and engagement for the construction of Uganda's independence, the country would not move forward." 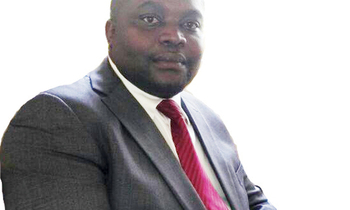 I am reacting to the March 23 article titled "Mafabi, leave people debate" by Mr. Ofwono Opondo.

My particular interest is on the statement Ofwono made in his 12th paragraph that: "The feudalists at Buganda's Mmengo held this rather false view that if they shunned, rejected, actively boycotted and opposed the mainstream debate and engagement for the construction of Uganda's independence, the country would not move forward."

Honestly, that was never Buganda's attitude for an independent Uganda. For that matter, let me highlight this background which exonerates Buganda from being perceived in those negative lenses and conclusions over Uganda's independence.

In 1953, when the British proposed East African federation, they ignored the fundamental concerns which Buganda raised. For instance, Buganda was concerned about the possible conflict from the new regional leadership tier that would be created yet Buganda had outstanding agreements with the British government. With those concerns unresolved, Kabaka Mutesa and Buganda Lukiiko in general opposed the East African federation proposal. Also, Mutesa and Buganda Lukiiko resolved not to nominate the five Buganda representatives to the Legislative Council (LEGICO).

In reaction, Buganda Lukiiko came up with a four man team that went to Britain and demanded for Mutesa's return. That team included; Apollo Kironde, E.M.K Mulira, Tom Makumbi and Mataayo Mugwanya. As the aforesaid were in London demanding; Buganda Kingdom Katikkiro Paulo Kavuma and his team was in Mmengo also amplifying demands to the governor to return the king. Consequently, Mutesa was returned in 1955 with the British pledging not to come up any major administrative changes in Buganda and Uganda in the next six years.

The British further pledged not to organise Uganda's independence elections before resolving the governance question of what Buganda's position would be in an independent Uganda. It was out of that understanding that Mutesa and the Buganda Lukiiko that had earlier in 1953 objected to the nomination of five Buganda representatives to LEGCO, softened and thus nominated; Dr. Barnabas Kununka (a Munyoro), Rev. Fr. Joachim Masagazi, Dr. E.M.K Muwazi, I.K Musazi and Apollo Kironde.

Surprisingly, in 1959, British governor in Uganda; Frederick Crawford set up a commission led by John V. Wild that recommended the holding of Uganda's independence elections in March 1961 before Buganda and Kabaka's position in an independent Uganda was resolved. Such an undertaking by the British manifested dishonesty considering the earlier understanding they had reached upon with Mutesa in 1955.

Concerned with that unfairness, Mutesa led a Buganda delegation to London hoping to reach an amicable solution with the British Secretary of State for the colonies Iain Macleod whom Mutesa had jokingly nicknamed Kamadi. Mutesa's delegation included; Mikairi Kintu, E. Kiggundu and A.D Lubowa among others. Unfortunately, the British government remained inflexible, thereby forcing Buganda Lukiiko to resolve that Buganda couldn't participate in the March 1961 elections before its position in an independent Uganda was determined.

In fact, when Buganda's justified shunning of those elections came to pass, the British government endorsed the recommendation of its Relationship Commission led by Lord Muster. That commission had recommended a federal relationship between Buganda and the Central Government in an independent Uganda. Henceforth, the same position was unanimously endorsed at the Lancaster conference (Constitutional Conference) thereby resolving Buganda's governance question. In fact, when that position was reached, Buganda delegation at Lancaster conference led by Katikkiro Kintu declared that Buganda would participate in fresh elections held on April 1962, ahead of independence and so was the case leading to the political alliance between Kabaka Yekka (KY) and Uganda Peoples Congress (UPC) led by Milton Obote.

Such background therefore proves that Buganda was never against Uganda's independence. Instead, it was rallying for the most prudent, logical and constitutional procedure on how to achieve Uganda's independence by first resolving what would not only be its position and that of its cherished Kabaka in an independent Uganda but also that of other kingdoms and chiefdoms; Ankole, Busoga, Bunyoro, Toro and their respective traditional and cultural leaders.

In fact, if such an understanding was not reached before independence, Uganda was prone to worst governance disasters taking in account the ugly events that resulted from the November 4, 1964 referendum over the ownership question of the two counties of Buyaga and Bugangaizi which the British for ulterior motives didn't resolve before independence thereby rescheduling its settlement after independence.

The writer is a researcher