The opening match of the season ends in a stalemate as Isaac Odeke and Muzeifa Barigye each score. 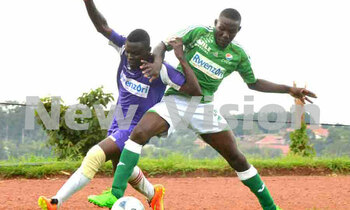 MUKONO - It was an all-square affair as Uganda Christian University (UCU) and Kampala International University (KIU) opened the new season of the University Football League on Wednesday.

Isaac Odeke's goal for the visitors was cancelled out by Muzeifa Barigye's second-half strike in Mukono.

This is the sixth edition of the league.

It took KIU 25 minutes of a bright start to find the opening goal that saw Odeke tap in Abdu Kiggundu's cross to give the Kasanga-based side the lead.

On the other side of the interval, the home side meant business right away, Muzeifa leveling matters four minutes after restart.

In a half of several chances at goal from UCU's point of view, no other goal was to be tallied as both sides bagged a point each.

This was the second time the two sides were meeting in the same group, with their last meeting last year ending 2-0 in favor of UCU.