Mangat was among the six Ugandans that had registered for the event. 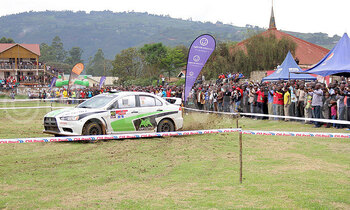 As rally drivers conclude recceing today ahead of the Kenya Safari Rally on Friday and Saturday, Uganda’s Jas Mangat has pulled out of the event that also doubles as the Africa Rally Championship (ARC) second round.

Mangat was among the six Ugandan drivers that had registered for the event that has attracted fifty rally crews from the region.

“Yes we have pulled out. The car [Mitsubishi Evo 10] had mechanical problems we could not fix in time,” said Mangat's navigator.

Meanwhile the crew of Hassan Alwi and Enock Olinga in a Subaru N14 were the latest entrants in the upcoming sporting event.

The routes that cover the areas of Ngong, Aberdare and Buffalo hills through Elementiata, Nduradori and Gichecha region to Naivasha are very dusty but are expected to be very slippery in case it rains.