Uganda misses out on African "Oscars" as Nigeria dominates

The award went to the Nigerian series Jenifa's Diary, which also took the Best Actress in a Comedy Movie or TV Series for Funke Akindele 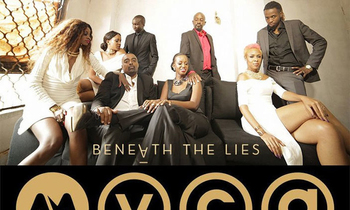 Uganda's sole nomination in the 2017 Africa Magic Viewers' Choice Awards (AMVVAs) fell short, losing out to Nigerian competition. The TV drama series Beneath the Lies was nominated in the Best Television Series category, alongside three entries from Nigeria and one from South Africa.

The award went to the Nigerian series Jenifa's Diary, which also took the Best Actress in a Comedy Movie or TV Series for Funke Akindele.

Last year Uganda had four nominations, but none of them turned up winners. Only former The Hostel actor Mathew Nabwiso won for Best Supporting Actor in a Drama in 2013.

As has happened in the past four editions of what has become to be Africa's largest film and TV awards, it was Nigeria which dominated the awards. The ‘big four' awards (Best Actor, Best Actress, Best Director, and Best Picture) all went to Nigerians.

The Nigerian dominance was so complete that many of the winners gave their acceptance speeches in Nigerian languages, and only at the end remembered that Africa was watching.

The only respite for much of the evening was in the form of the show's co-host, South African TV presenter, model and actress Minnie Dlamini, who was a breath of fresh air compared to perennial and becoming jaded IK.