Friday Night Lights basketball back with a twist

A sh300,000 cash reward will be at stake for all matches while the overall champion will bag sh3m 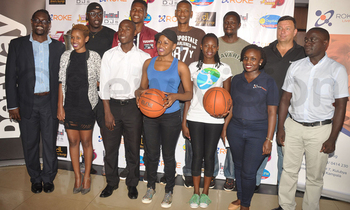 Friday Night Lights (FNL) is coming back to a court near you.

Okay, maybe not that court but the point is FNL is back - for the seventh season - and there are plenty of changes to look forward to.

There's a trio of new teams on board, a new management setup in charge and a radical rule change that's probably a basketball first.

"The team that's more entertaining to the fans is the one that wins, even if it has fewer points. At the end of matches, fans will have 15 minutes to go to their phones and choose which side has been more entertaining. The one they choose wins."

We'll see how that goes, even if there is obviously no shortage of sceptics.

"I told the management that rule will not work well," said a concerned Judith Nansobya, captain of Team Ayo.

"If my team plays against a team of a captain who is more popular than me, even if we are more entertaining, the fans will not choose us."

But Ochamuringa and Co. have made up their mind, convinced that putting the power in hands of fans is the best way to make FNL what it was always supposed to be - entertainment.

A sh300,000 cash reward will be at stake for all matches while the overall champion will bag sh3m. This season will feature 10 teams, starting with group stages then quarters and all the way to the final. Team Jonah are the defending champions.