In this article, we use knowledge from our earlier articles to give a simplified guide on how to produce three good crop yields a year. 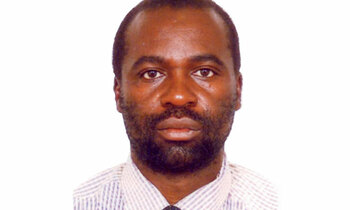 As an illustration of what we have discussed so far, the last article chose a location in the vicinity of Mubende town whose climate data between year 2000 and 2012 shows an annual rainfall of about 1000 mm.

The rain is distributed in such a way that right now, only one good seasonal 3-4 month crop is possible with the second, being inadequate because of shorter and less intense rains.

In this article, we use knowledge from our earlier articles to give a simplified guide on how to produce three good crop yields a year, thereby more than doubling the food output from the same land. The steps involved are: determine the water needs (with help of agricultural officers); decide on whether to use a borehole or a rain harvest system; then select, dig up and obtain the appropriate equipment (with help of an engineer); install the equipment, all fittings, and test. If successful you are ready to go. Otherwise, let your engineer do the corrections until success. I'll now give a bit more details on these steps.

Water needs - The agricultural officer works these out from knowledge of the soil, the crop and the weather pattern during the various growth periods of the crop. He also considers efficiency of the irrigation system. For our example, we shall recommend above ground drip irrigation to economise on water without introducing underground water distribution complications. As we saw in the last article, irrigation will be required between March and May and then for the additional July to September crop. The rainfall in these months and growth of the different crops on one acre give a deficit of drip irrigation water in cubic metres as follows: In first season: maize 1072; beans 476; groundnuts 923. In the second season, the respective volumes are: 974, 378, and 825. There is no shortage of water in the October-December season.

Borehole or rainwater harvest? - In reality, the choice here is likely to be dictated by the capital the farmer is in position to invest but this is not necessarily the best way to make a choice. Boreholes are attractive because they need less space on the land - and they might be cheaper to start with, especially if the water table is not very deep. The engineer determines the capacity requirement of the borehole based on peak daily crop water needs and the pumping time period preferred by the farmer. Rainwater harvesting will need a lot of space, much excavation - and if covered as advised previously, will involve lots of construction. The engineer determines the size of storage from the rainfall patterns throughout the year and water deficits within each month of the growth periods (for example, how many rainy days in each month?). In our example, taking maize, a quick and ‘rough' solution is to take a storage capacity of about 1100 m3 but a detailed computer based solution with 10% water to spare is 540 m3.

Dig up and construct - Borehole construction by specialist companies is straight forward. The cost depends on the depth and the rocks encountered during drilling. Two types are common: shallow ones up to about 12 metres deep and deeper ones. The shallow ones use low cost pumps installed above ground and are less expensive to drill and install. In South Africa, they are costing a round figure of about ZAR 6,000 (sh1.5m) while in central Tanzania, a business partner installed one at TShs 350,000 (sh525,000) in December 2016. Deeper ones use submerged pumps and cost about ZAR 800 (sh200,000) per metre depth in South Africa - where depths can be as high as 180 metres. In Uganda, even with much smaller depths, overall borehole costs seem to be much higher than this - at between sh15 and sh20m.

For rain harvest storage, a 16 m diameter X 3 m deep underground storage will have to be dug and covered. During the whole year, it will need to collect rain water from an area of 540 m2 - 256 of which, is its own square covering.  The covered storage might look more expensive initially but it gives excellent irrigation water, requires very little maintenance and will generally outlast a borehole by 5 to 10 years. A small solar - run water pump will be installed to extract the water. Whether you use a borehole or an underground reservoir, you will find a 20,000 litre tank above ground useful to store and regulate a day's irrigation water needs - since we want it to drip all day long.

Irrigation equipment and layout - Obtain and install piping, a pump and its solar power system, a sieve and drip water emitters as shown in Figure 11. Test and correct as necessary. If you source from South Africa, as of January 2017, you will pay a FOB price of about ZAR 35,000 (appr. sh9m). I do not have ready figures for Uganda prices. In summary therefore, for cost of the equivalent of a typical Kampala wedding, or under that for two reconditioned minibuses or for that matter, way below half the cost of a personalised Uganda MV number plate, one could have the system installed at a homestead with a rainfall pattern similar to Mubende's. Is it worth it? In the next article we answer this question.