Synthetic fertilisers boost yields, but they contain or generate chemicals 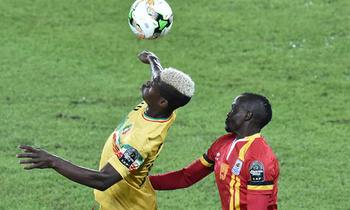 Nearly half the environmental impact of a loaf of bread comes from the "unsustainable use" of fertilisers on wheat crops, researchers said Monday.

Synthetic fertilisers boost yields, but they contain or generate chemicals -- ammonia, nitrates, methane and carbon dioxide, among others -- that drive global warming, they reported in the journal Nature Plants.

"This arises from the large amount of energy needed to make the fertiliser, and from nitrous oxide gas released when it is degraded in the soil," said lead author Liam Goucher, a scientist at the University of Sheffield in England.

The study highlights a double challenge in the decades ahead: how to grow enough food to feed the world's population -- set to increase to 11 billion from seven billion -- in a way that does not poison the planet.

"A key part of this challenge is resolving the major conflict embedded in an agri-food system whose primary purpose is to make money, not to provide sustainable global food security," the study said.

Food production and consumption are responsible for about one-third of total greenhouse gas emissions.

Cereals such as corn, rice and wheat -- usually grown with huge amounts of chemical fertiliser -- account for half of the calories consumed by humanity.

To better assess the environmental cost of wheat production, researchers led by Goucher broke down the supply chain of a typical 800-gram (28-ounce) loaf of bread from "seed to feed".

In 2016, Europeans consumed, on average, about 63 kilos of bread per person, while Americans eat about half that amount.

They found that ammonium nitrate fertiliser contributes 43 percent of the greenhouse gas emissions in a loaf's life cycle, a level they described as "unsustainable."

In agriculture, more than 100 million tonnes of chemical fertiliser is used globally every year, applied to about 60 percent of all agricultural crops.

"This is a massive problem," said the study's senior author, Peter Horton, chief research advisor to the Grantham Centre for Sustainable Futures.

"But environmental impact is not costed within the system, so there are currently no real incentives to reduce our reliance on fertiliser."

How to achieve sustainable global food security is not only a technical question but a political and economic one, the researchers added, arguing that both producers and consumers have important roles to play.

People who want their daily bread can either be "persuaded to pay more for a greener product, or they can apply pressure" for a change in policy, she added.