For the study, the team used data from 152 countries representing 97 percent of the world's smokers. 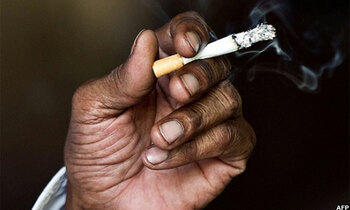 Smoking cost the world economy more than 1.4 trillion US dollars in 2012, and sucked up a twentieth of health care spending, a study said Tuesday.

The killer habit consumed the equivalent of nearly two percent of global economic output or GDP, according to experts from the World Health Organization (WHO) and the American Cancer Society, with almost 40 percent of the burden falling on developing countries.

These included a $422 billion price tag for treatment and hospitalisation, as well as indirect costs from labour lost to illness and death.

"Smoking imposes a heavy economic burden throughout the world, particularly in Europe and North America, where the tobacco epidemic is most advanced," said the study published in the journal Tobacco Control.

"These findings highlight the urgent need for countries to implement stronger tobacco control measures to address these costs."

The authors say the study is the first ever to include low- and middle-income countries in a more accurate estimate of the tobacco epidemic's total, global cost.

Most previous work has focused on rich nations.

The team used data from 152 countries representing 97 percent of the world's smokers in Africa, the Americas, the Eastern Mediterranean, Europe, Southeast Asia and the Western Pacific.

They included UN and World Bank data on illness and death attributable to smoking, national employment rates and national GDP.

In 2012, they found, "diseases caused by smoking accounted for 12 percent (2.1 million) of all deaths among working age adults aged 30-69 -- with the highest proportion in Europe and the Americas." 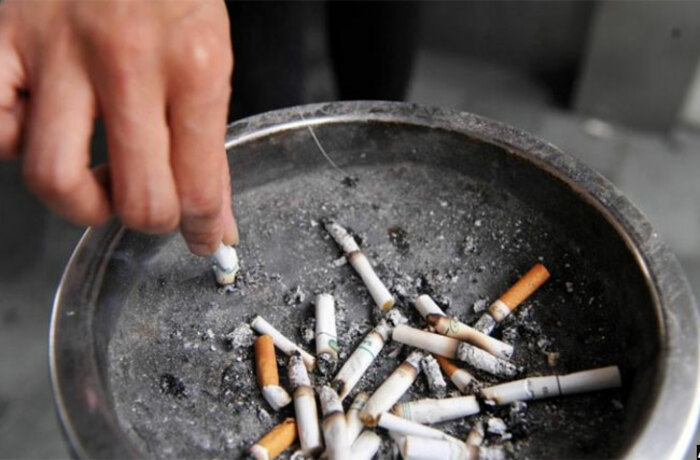 Almost 40 percent of the global economic cost was borne by low- and middle-income countries -- a quarter by Brazil, Russia, India and China alone.

China consumes over a third of the world's cigarettes and has a sixth of the global smoking death toll.

The researchers said the real cost was likely much higher.

They did not include data on the health and economic harm caused by second-hand smoke inhalation, or by smokeless forms of tobacco use, such as chewing.

Second-hand smoke, the team wrote, was responsible for an estimated six million deaths per year.

"Their inclusion would thus have a measurable impact on our estimate of the economic cost of smoking."

And smokeless use, particularly in southeast Asia, may account for as much as 30 percent of medical expenditure attributed to tobacco.

Curbing the habit globally would go a long way towards achieving one of the UN's Sustainable Development Goals -- to cut premature deaths from non-infectious diseases by a third by 2030.

Tobacco use is "one of the biggest public health threats the world has ever faced," according to the WHO, which says taxes are the most cost-effective deterrent.

Yet "only 33 countries, with 10 percent of the world's population, have introduced taxes on tobacco products so that more than 75 percent of the retail price is tax," the WHO says on its website.

"Tobacco tax revenues are on average 269 times higher than spending on tobacco control, based on available data."