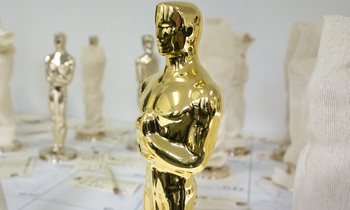 Romantic showbiz musical "La La Land" topped the Oscars nominations list on Tuesday with a whopping 14 nods, tying the all-time record set by "Titanic" and "All About Eve."

The movie -- a whimsical tribute to Hollywood's Golden Age of musicals, set in modern-day Los Angeles -- earned nods for best picture, director for 32-year-old Damien Chazelle, and for its two stars, Ryan Gosling and Emma Stone.

In second place were sci-fi movie "Arrival" and coming-of-age drama "Moonlight," tied at eight nominations each.

This year's crop of nominees clearly reflected a push by the Academy of Motion Picture Arts and Sciences to show more diversity after the #OscarsSoWhite controversy of the past two years, with multiple black actors and filmmakers earning nods.

For best actor, Gosling will be vying for a golden statuette at the February 26 Oscars bash along with Golden Globe winner Casey Affleck ("Manchester by the Sea"), Andrew Garfield ("Hacksaw Ridge"), Viggo Mortensen ("Captain Fantastic") and Denzel Washington ("Fences").

In the best actress category, France's Golden Globe winner Isabelle Huppert was nominated for her performance in the rape-revenge thriller "Elle," along with Stone, Ruth Negga ("Loving"), Natalie Portman ("Jackie") and Meryl Streep, who earned her 20th nomination for "Florence Foster Jenkins."

Industry watchers had predicted that Chazelle's "La La Land" -- buoyed by a record seven Golden Globe awards earlier this month -- will triumph at the nominations.

But few thought it would tie for the all-time record set by "Titanic" and "All About Eve."

"La La Land" will vie for best picture honors with eight other films (current rules allow for up to 10 nominees in this category) including "Arrival," grim family drama "Manchester by the Sea" and "Moonlight."

In the running for best supporting actress are three black actresses: past nominee Viola Davis for "Fences," Oscar winner Octavia Spencer for "Hidden Figures" and Naomie Harris for "Moonlight."

They will compete against past Oscar winner Nicole Kidman ("Lion") and Michelle Williams ("Manchester by the Sea"), who was nominated three times before.

The foreign films nominated are "Land of Mine" (Denmark), "A Man Called Ove" (Sweden), "The Salesman" (Iran), "Tanna" (Australia) and "Toni Erdmann" (Germany).

The nominations were revealed in the pre-dawn hours in Los Angeles in an online broadcast, not at the traditional press conference.

Unlike previous years, this year's nominees include a number of black actors and filmmakers, a move that should ease the diversity row that has cast a shadow over the Oscars for the past two years.

Almost half the 683 people invited last year to join the 6,000 plus Academy members that bestow the Oscars were women and nearly as many people of color.

All 20 nominees in the main acting categories at last year's Oscars were white for the second year running, prompting calls to boycott the glitzy event and an angry social media backlash under the hashtag #OscarsSoWhite.

The Academy's board of governors has vowed to double the number of female and ethnic minority members by 2020.