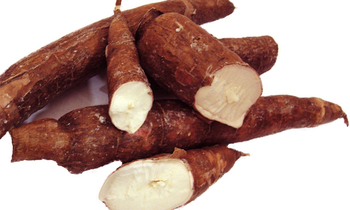 Four other family members were admitted at Bugiri Main Hospital in critical condition after eating the cassava.

Vinyi Muwanguzi died instantly on Wednesday after the meal that had been given to him by his grandmother Beatrice Kawaala.

According to the Nawanjuki Parish LC3 councillor, Musa Lukwagana said the deceased had earlier been asked by Kawaala to go and look for cassava in the nearby plantation after spending two days without a meal.

"This old woman has been complaining to neighbours that she had failed to get food to feed her grandchildren for the past few days" he said.

Lukwagana said some sympathetic neighbours had earlier contributed some food items to the old woman feed her grandchildren until she finally ran out of stock.

Kawaala reportedly asked one of the elder children to prepare the cassava as she went to the nearby Busowa trading centre only to be informed one hour later that her grandchild had died.

Those admitted have been identified as Patience Nangira, 13, Aggah Bwire, 12, Rena Mwebaze, 10, and 9-year-old Hilton Wandera.

The children lost their father in an accident along the Bugiri-Busia Highway and have been under their grandmother's care.

The medical superintendent of Bugiri Main Hospital, Dr Stephen Oundo, said the four are currently in critical condition and have been admitted in the intensive care unit.

Busoga East Police spokesman, James Mubi, said investigations into the matter are underway to establish why the children's guardian left the children prepare the meal in her absence.