EALA will hold its 4th meeting of the 5th session of the third Assembly in Kampala, from 15 to 27 January. 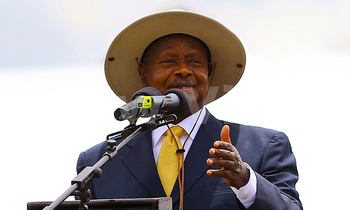 President Yoweri Museveni will address a special sitting of the East African Legislative Assembly (EALA) at Parliament on Tuesday next week.

A statement from parliament said today that EALA will hold its 4th meeting of the 5th session of the third Assembly in Kampala, from 15 to 27 January.

During the same period, standing committees of EALA will also meet.

"The sittings preceded by a special plenary sitting on Tuesday, 17th January 2017 in which His Excellency President Yoweri Kaguta Museveni will address the Assembly at Parliament," the statement said.

Other businesses to handle will include the report of the committee on communication, trade and investments on the status of the railway infrastructure development in the EAC partner states and the EAC Gender Equality and Development Bill.

The Speaker of EALA, Daniel Kidega, will address a press conference on Monday at Ugandan Parliament.