Two Tunisian goals on either side of half-time are enough to see off The Cranes in an AFCON 2017 warm-up game in Tunis. The Uganda Cranes started their AFCON buildup with defeat against Tunisia in a friendly played at El Menzha Olympic Stadium in Tunis on Wednesday.

Hamza Lahmar and Mohamed Ali Yâakoubi each found the net for the hosts in either half of the game.

Lahmar gave Tunisia a seventh-minute lead through a direct free-kick before Yâakoubi all but ended the game as a contest at the start of the second half - again from a free-kick.

Uganda's midfielder Muzamiru Mutyaba came close to pulling one back but his powerful header from substitute Farouk Miya's cross only rattled the crossbar. 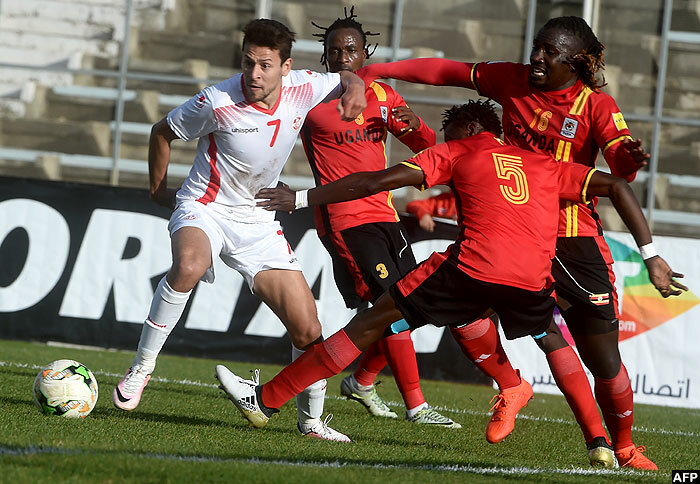 Cranes coach Milutin 'Micho' Sredejovic had earlier said he would name his final 23-man squad for the AFCON finals due in Gabon after the Tunisia friendly.

And the Serb tactician was keen to use all the six substitutes against Tunisia. First-choice goalkeeper Denis Onyango did not play because he is in Nigeria ahead of Thursday's CAF Awards in which he is a nominee.

Next up, Cranes will play Slovakia and Ivory Coast in their next warm-up games on January 8 and 11 respectively.

The AFCON finals will start on January 14 and end on February 5.