Congo's sculptor with a mission

"I want the future generations to remember the work culture of the old people of Butembo." 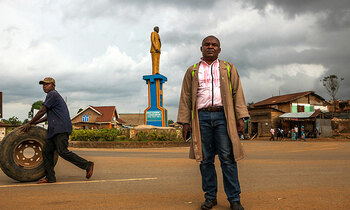 PIC: Sauveur Mulwana poses in front of one of the monuments that he created in Butembo. (AFP)

In DR Congo's war-infested Great Lakes region, carpenter-turned-sculptor Sauveur Mulwana has left a trail of monumental statues over the past decade as part of his self-styled mission to revive local history and boost peace.

The 42-year-old moved back home to Butembo, a teeming city of more than a million near the borders of Uganda, Rwanda and Uganda, when his carpentry business was razed by the eruption of the Nyiragongo volcano in the city of Goma.

Butembo is home to the ethnic Nande people of Democratic Republic of Congo and Uganda, so it follows that one of the most eye-catching works by Mulwana -- himself a Nande -- is an immense portrayal of the Nande king.

Set on a bright blue pedestal on a city roundabout, it shows mwami (king) Kighombwe II Lusengo Kirugho, who died in his 80s in 2010 after a lengthy reign, wearing a western-style suit as he stares into the distance. 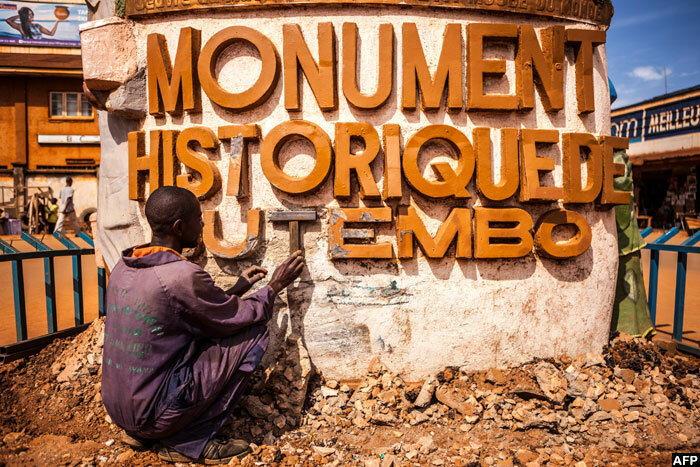 A worker repairs a monument created by Sauveur Mulwana, in Butembo

Mwami Kighombwe "helped keep the Nande together" and "is a symbol of tolerance", Mulwana told AFP. The mwamis old beliefs and customs were vital to Butembo's peaceful future, he said.

When he and his wife moved to Butembo after losing their business in 2002, he was struck by the fact that the city "had absolutely no works of art".

He said "I felt vulnerable" when he suddenly realised that the new modern way of life had led to an end of story-telling, to Africa's well-known traditions of oral transmission.

So he decided he would step in single-handedly to help the people of Butembo to keep their history, culture and heritage.

He spent the next three years reading books and interviewed elders. The result in 2007 was Butembo's Historical Monument, erected on a square in the heart of the city.

"I want the future generations to remember the work culture of the old people of Butembo," he said. 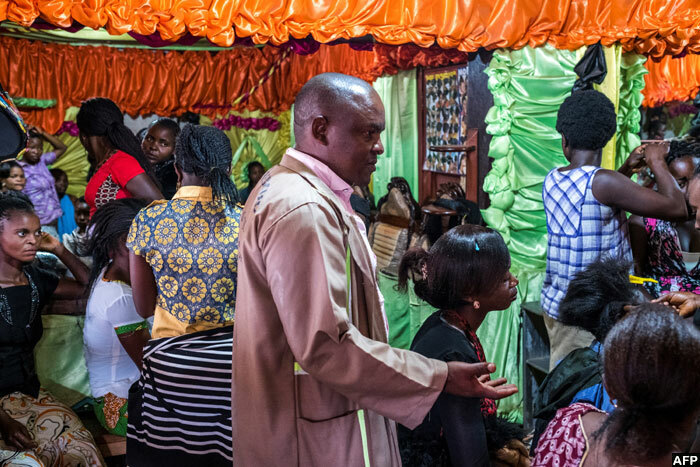 Here, Sauveur Mulwana talks with students at a vocational learning center that he directs in Butembo 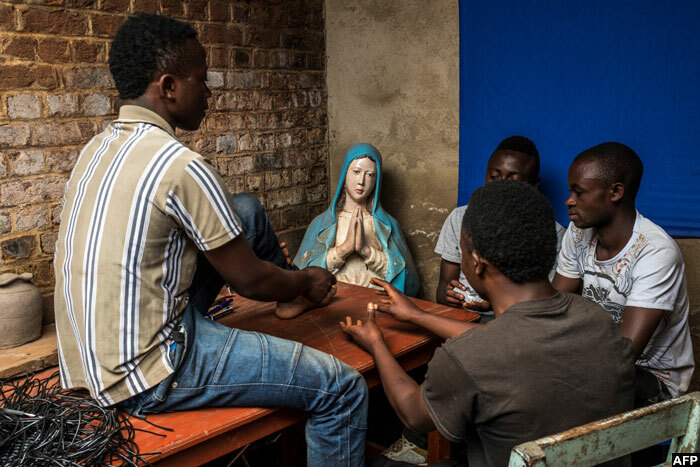 Another Mulwana statue features Archbishop Emmanuel Kataliko, also born in Butembo, who died in 2000 after denouncing the presence of Rwanda- and Uganda-backed militia fighters in DR Congo during the Second Congo War from 1998 to 2003.

Outside Butembo city hall sits Mulwana's bust of Laurent-Desire Kabila, the former leader and father of current President Joseph Kabila who was slain in 2001.

To fund his works and feed the family, Mulwana produces copies of the Lourdes grotto for Roman Catholic churches, decorative items for hotels, and creates furniture.

He also finances a workshop in hopes of keeping unemployed youngsters at home instead of signing up for one of the many armed militias in the region.

Mulwana said "I'm a Nande first and a Congolese second but I'm proud to contribute to the development of peace in DR Congo."