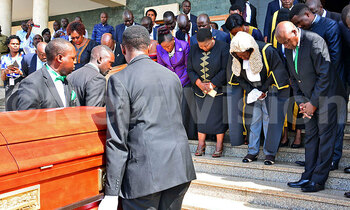 Speaker Rebecca Kadaga and other MPs receive the body of Mathias Nsubuga. Photo by Mirian Namutebi

The motion to pay tribute to the former Bukoto South MP was moved by the Prime Minister Dr. Ruhakana Rugunda and seconded by the Leader of the Opposition in Parliament Winnie Kizza.

“Parliament collectively conveys its condolences to the bereaved family, relatives, friends   and the people of Uganda for the irreplaceable loss of a distinguished son of this country,” Rugunda said. 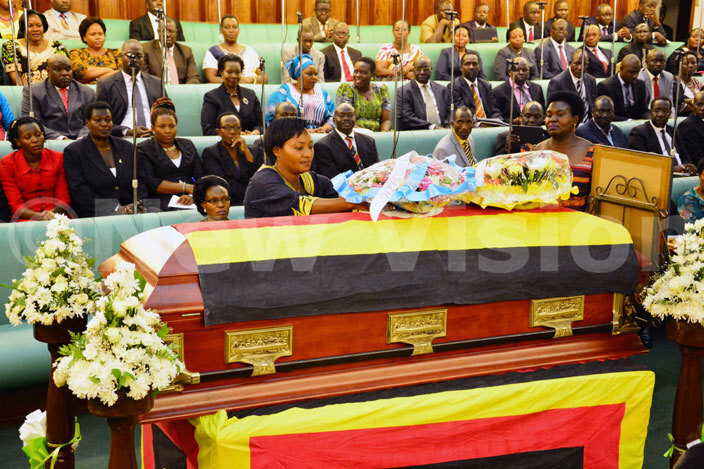 Leader of Opposition in Parliament, Winnie Kizza lays a wreath on the casket containing the remains of the late Mathias Nsubuga. Photo by Miriam Namutebi.

Kizza described Nsubuga as person who believed in democracy.

“If you must talk about democracy, we must not forget the Democratic Party, Hon Nsubuga used to say. The late always asked that Government to set up a constitutional review commission,” Kizza submitted.

Nsubuga who served as a Member of Parliament for 10 years was born on November 26, 1956 at Manja village in Kisekka Sub County in Bukoto County in Masaka District.

President Yoweri Museveni on Monday mourned Nsubuga. According to Museveni, Nsubuga was a tolerant politician. 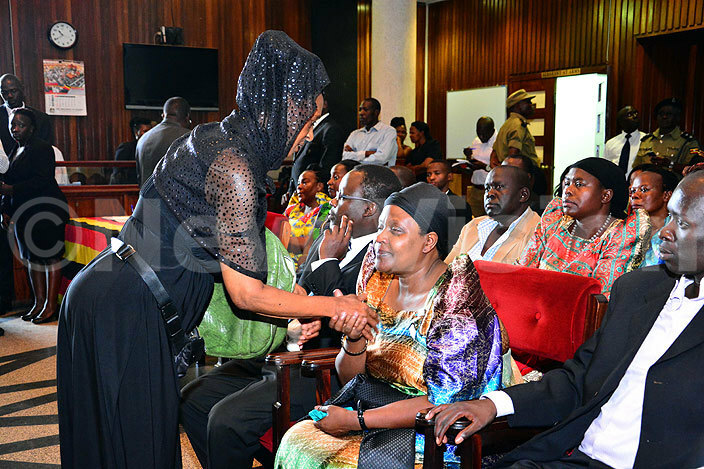 “I have learnt of the untimely death of Hon Mathias Nsubuga. He was an open, tolerant politician who believed in dialogue. The country will miss him,” Museveni tweeted on Monday.

Nsubuga died on Sunday at Case Clinic in Kampala where he had been admitted after suffering a stroke two days earlier.

Earlier, on Saturday, the party released a statement saying that Nsubuga had suffered what it called a "massive stroke" the day before at Mukono Bookshop.

A requiem mass will be held on Wednesday at Rubaga Cathedral. He will be laid to rest on Thursday.

Nsubuga is survived by a widow and children. 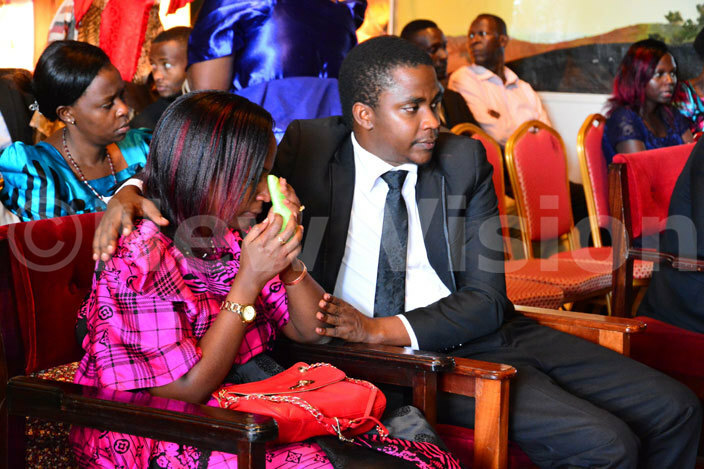 Marion Nankya, is consoled by her brother 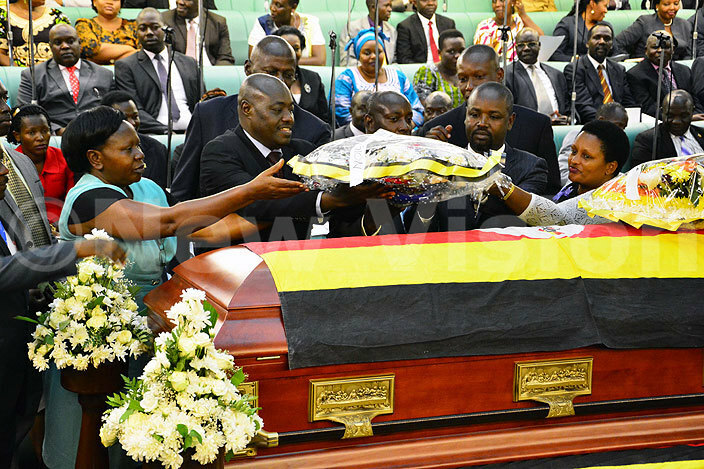