Actor Ryan Reynolds gets star on Hollywood Walk of Fame

The 40-year-old, accompanied by his wife, American actress Blake Lively, and their two young daughters, recalled visiting Hollywood with one of his brothers 15 years ago and being in awe of all the legends immortalized along the iconic avenue. 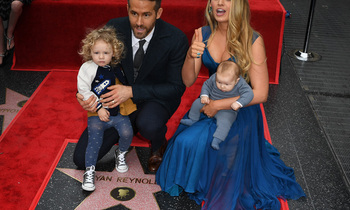 Canadian actor Ryan Reynolds received a star on Hollywood's Walk of Fame on Thursday, saying the honor was beyond anything he could have ever imagined.

The 40-year-old, accompanied by his wife, American actress Blake Lively, and their two young daughters, recalled visiting Hollywood with one of his brothers 15 years ago and being in awe of all the legends immortalized along the iconic avenue.

"For me to have my name among them is beyond anything I could ever imagine," said Reynolds, who was nominated earlier this week for a Golden Globe award for his performance in "Deadpool."

Joining him at the ceremony were Rhett Reese and Paul Wernick, who wrote the screenplay for "Deadpool" and heaped praise on the actor, describing him as "the greatest, goodest guy we know."

"Kind doesn't describe Ryan, it defines him," Reese said. He recalled an episode during the shooting of "Deadpool" in Vancouver, British Colombia, when Reynolds made the wish of a cancer-stricken girl who dreamed of meeting the "Deadpool" character come true and even shot a scene just for her. 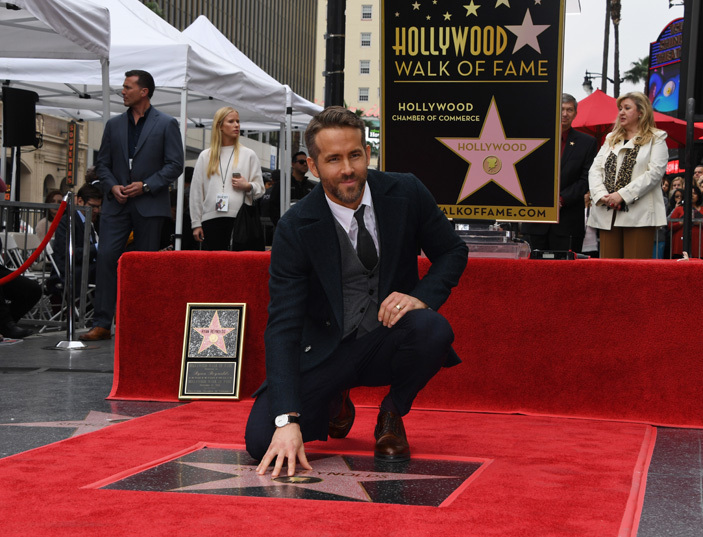 Wernick quipped that Reynolds would forever be remembered on the famous Hollywood avenue unless his star met the same fate as that of President-elect Donald Trump, which was recently defaced by an angry opponent.

"They say diamonds are forever. Well our good friend, so is cement, unless of course you run for president and someone attacks your star with a sledgehammer," Wernick said. "But you can't because you're Canadian."

A native of Vancouver, Reynolds began his career starring in a number of television series and forgettable television movies until he moved to Los Angeles and started getting noticed.

He has starred in a number of films based on comic books, including "X-Men Origins: Wolverine," "Green Lantern" and most recently "Deadpool."

Named "Sexiest Man Alive" by People magazine in 2010, the actor was previously married to Scarlett Johansson.

The couple divorced and he married Lively in 2012.

Reynolds thanked his wife on Thursday for her support telling her she was "the best thing that has ever happened to me," before jokingly adding "second only to this star."