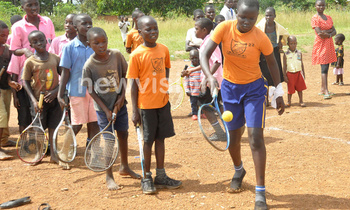 In a bid to spread the sport of tennis across the country, former tennis player Eric Isingoma Kanso has introduced tennis clinics in Hoima district.

Isingoma together with other Lugogo tennis club based coaches; Patrick Luyinda, Edward Odokochen and Stephen Mbaziira are currently running clinics in the district following the official launch of the program by Omukama Solomon Gafabusa Iguru 1 at Sir Tito Owinyi ground.

The Omukama in the presence of Bishop Albert Edward Baharagate, who is the patron of the program and other kingdom officials took time off their busy schedule to watch the children go through drills and also blessed the program. 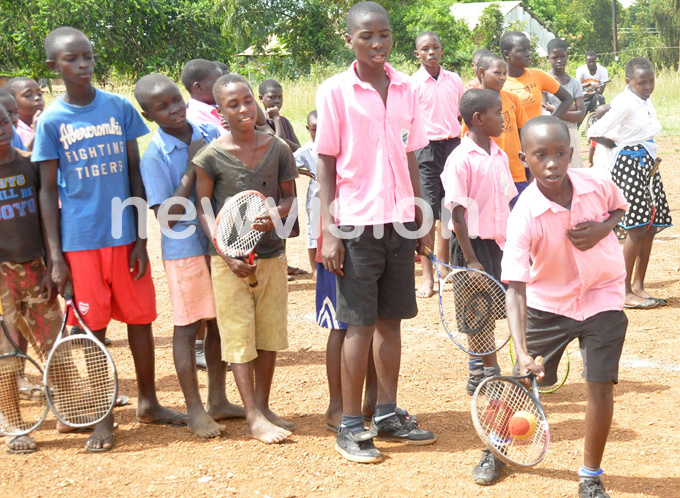 "We want to spread the sport in Bunyoro but we started with Hoima district and are working with different schools but the biggest challenge is lack of courts so we have had to improvise with the basketball court at Boma ground," Isingoma a native of the area said.

"But, we have reached out to the community and government officials in the district and asked them to construct some courts so that we grow the sport, because we believe there are many talents out there."

He said they had mobilised 89 children from some of the schools in Hoima and are trying to lobby equipment (balls and rackets) from different people in and outside the Kingdom to help out.