Why Ugandans should cultivate the spirit of fellow feeling

We should always act out of benevolence (Latin: bene=well volere=wish) act out of good will. 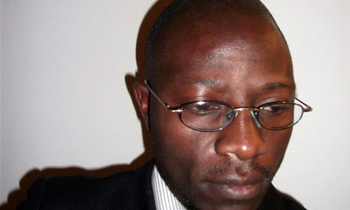 Patriotism does not refer to loving your nation only as a territory but first and foremost, having a spirit of togetherness as citizens of the same nation. This implies loving fellow citizens with whom we make up the nation. We should never be indifferent of the suffering of others rather we should be concerned of the wellbeing of each other as people of the same family Uganda.

We should always act out of benevolence (Latin: bene=well volere=wish) act out of good will. Wish well each other. This echoes a fraternal concern among citizens and it also necessitates our leaders to have a parental feeling towards us, the people of Uganda that they lead. When a child misbehaves, a parent gives him or her a just punishment. A good family is characterised by the spirit of fellow feeling among members. They share the joys and miseries of each other.

Unfortunately here in Uganda, we only share the joys of others, for example when Stephen Kiprotich or Dorcus Inzikuru win an Olympic medal or when Uganda Cranes wins an international match and Uganda flag is raised, we rejoice together. But when our brothers and sisters like those in Kasese face trials and tribulations, it is none of our business we who are not in Kasese. When we used to hear of Kony cutting off the mouths of the people of Acholi, we were less concerned.

We hear of our brothers and sister suffering from terrible famine in the Eastern part of the country, but we read about such things in news papers as novels which raise strong emotions in us but after which we do nothing about them.

We have never reflected on the consequences of the closing of Makerere University and put ourselves into the feet of those students who are disorganized by the incident, their parents who had just struggled to pay the tuition fees, the part-time lecturers who are now jobless, the administrator and other non teaching staff as well as small business owners around Makerere university.

When we read about Kasese issue we never put our selves into the feet of hose whose ambitions in life have been frustrated by forced death caused to them by their fellow Ugandans. Those relatives of the deceased left in misery and tension because they do not know what will happen next now that their king is in prison. All this we read about in news papers as novels raising our emotions and end there.

Another example which shows that we Ugandans have lost the spirit of fellow feeling is the case of Mathew Kanyumunyu, who is alleged to have shot dead a fellow Ugandan Keneth Akena on November 12, 2016 just because he scratched his untouchable car. My dear fellow Ugandan, if we have even reached the extent of placing the value of objects higher than that of human life, then the situation is worse than I narrate it here. Worse still, we read in news papers about parents sacrificing their children's lives for wealth, husbands killing wives and wives killing husbands for material gain. My dear brothers and sisters; what went wrong? We need to find out what went wrong and rectify it. You may ask me that for me what have I done as a step to remedy as far as this situation is concerned; but I alone, cannot find solutions. That is why, I move the motion as I do now, that we Ugandans need to have a sense of fellow feeling. Perhaps in that way we shall work together for the well being of all. The Baganda say that agali awamu gegaluma ennyama; meaning that unless the teeth are together, they won't manage to bit meet.

It should not be left to the concern of the Government alone but it is a challenge of all of us as members of the same family Uganda. We need to assist out government to think out solutions. Machiavelli Niccolò said that, once leaders attain power, they are only preoccupied with consolidating that power not to loose it. They are on tension and in fear that someone somewhere is eying their position. If one raises a voice somewhere, they may react impulsively without enough study of the situation. We are humans; that is our nature. So our leaders need a lot of support from us to suggest for them solutions to problems in the nation. I for one, I believe that great thinks are not achieved by use of power but by wisdom and humility.

Mr. Museven Sir, our dear president, you have an attractive personality and surely you are a charismatic leader. You fascinate even your opposition members although they will never tell it to you! I request you to use those leadership qualities that God gave you as your best weapon for extinguishing fire. Trust me Mr. President; one day confront your opposition with a fatherly smile and with a humble and peaceful response, you will see wonders. You will come to realise that day, that you have the capacity to perform miracles.

I conclude by urging you fellow Ugandans that let us cultivate a spirit of fellow feeling. Let us stop being novel readers and commentators. The problem with novel reading is that, it raises powerful emotions but after which we do nothing about them. The problem with being commentators is that, commentators comment on the incident when it is fresh but in time being, when another incident occurs, they forget all about the former one yet unresolved and begin to comment on the new one. Worse still, commentators are not actors. This is what Ugandans we are. That is why people do not fear to commit severe crimes here because they know that people will talk about it for some time and stop without any step taken ahead.

Uganda is a nation that admires to take ethics seriously that is why we have a full ministry of ethics which drafted for us the ten national values. But as good novel readers and commentators, those values have no effect on our behaviors.

Uganda is a theist nation, almost all of us belong to a certain denomination, but we listen to the preaching of religious leaders as listening to novels and commentaries and that is all. We see religious leaders killing themselves as it is in the case of Ugandan Muslims these days. What else do you expect to take place in a nation of novel readers and commentators! You may think that it is far from you. But if you see your neighbors hut on fire and you do not hurry to extinguish it soon it will be on your hut. So let each one of us feel concerned about the miseries of others and tries to rescue. Let us join heads to think out the better solution for our nation Uganda.

The writer is a lecturer at Uganda Martyrs University