Makmot had a flawless foot, scoring six penalties and a conversion against Kobs. 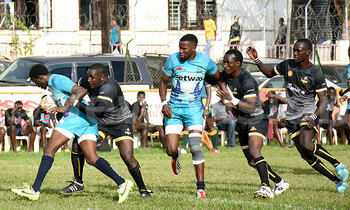 PIC: Action between Kobs and Rhinos at Legends Rugby Club. (Credit: Johnson Were)

Makmot had a flawless foot, scoring six penalties and a conversion to help Rhinos brush aside Kobs while Oluoch was equally pivotal.

Rhinos coach Brian Makalama attributed the victory to change in mental attitude by his players.

"We had a physical game against Mongers but I am happy the boys came up focused for a win and we are going to continue with that," he said after the game.

"It is good the players changed their mentality and I hope they will continue with that in the next game." 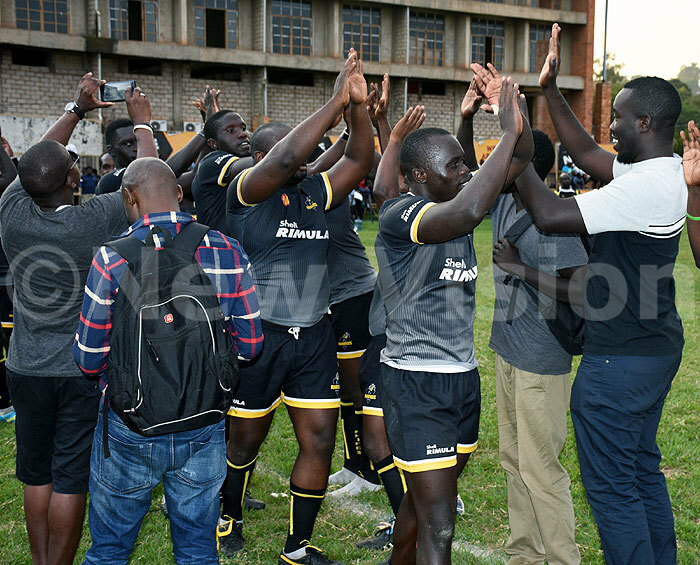 James Ijongat had given Kobs a 3-0 lead through a penalty before Ian Munyani stretched it to 8-0 courtesy of a try.

But Rhinos replied with two penalties through Makmot followed by a Daudi Ssemwami try to turn the tables. Kobs surged again through a penalty and conversion to take a 15-11 lead into the break.

Second half however saw Rhinos deal the task at hand to eventually win.

In the other game played on Saturday, Buz Pirates beat Sadolin Mongers 32-13 while Heathens defeated Buffaloes 19-11.