The custodian is up against three of his mates from Sundowns 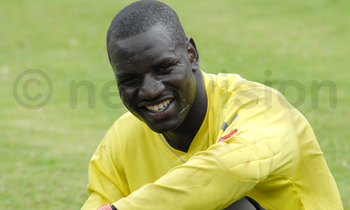 The Mamelodi Sundowns custodian is shortlisted alongside four others for CAF African Player of the Year based in Africa Award slated for Abuja, Nigeria on January 5.

"Onyango deserves the award because he excelled at both club and national team levels. If we speak the language of fact and not politics, Onyango will win," Micho said.

Onyango helped Sundowns win their first ever CAF Champions League trophy after defeating Egyptian giants Zamalek 3-1 on aggregate just after he had inspired the Uganda Cranes to qualify for the Africa Nations Cup finals for the first time in 39 years.

Micho will be among voters from head coaches and technical directors of the 54 national associations affiliated to CAF together with associate members.