The federation will give them 15% discount on match tickets 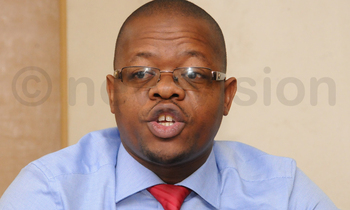 FUFA is looking for an official hospitality events manager for Uganda Cranes fans who plan to travel to Gabon for the Africa Nations Cup finals next year.

The federation president Moses Magogo announced at the weekly press conference in Mengo on Wednesday that for purposes of being organized, CAF requirements for the fans and their own responsibility, FUFA is seeking a hospitality events manager.

Enthusiastic Uganda Cranes fans have often travelled wherever the national team has gone to play. The arrangements have not been official and thus a lot of challenges reported.

For the AFCON, Magogo said CAF is interested in arrangements for Uganda Cranes fans because the country will compete in the finals.

"CAF wants to know the arrangement for the fans especially since Uganda is one of the competitors. And so we want it to be officially organized. We hope to announce an official hospitality events manager to do this so that we communicate it to CAF," Magogo said.

Some individuals in Kampala have been mobilizing Uganda Cranes fans with the purpose of organizing travel arrangements, accommodation and feeding for the days they will be in the West African country.

The tournament will be held in the cities of Libreville, Franceville, Oyem and Port-Gentil from January 14 to February 5.

At national level FUFA has also called upon fans to organize themselves in associations that will allow them get tickets and other concessions from the federation.

Magogo advised the fans to preferably organize themselves in regional associations.

"FUFA will give them 15% discount on match tickets starting with the 2018 World Cup qualifier against Congo-Brazzaville" Magogo said.